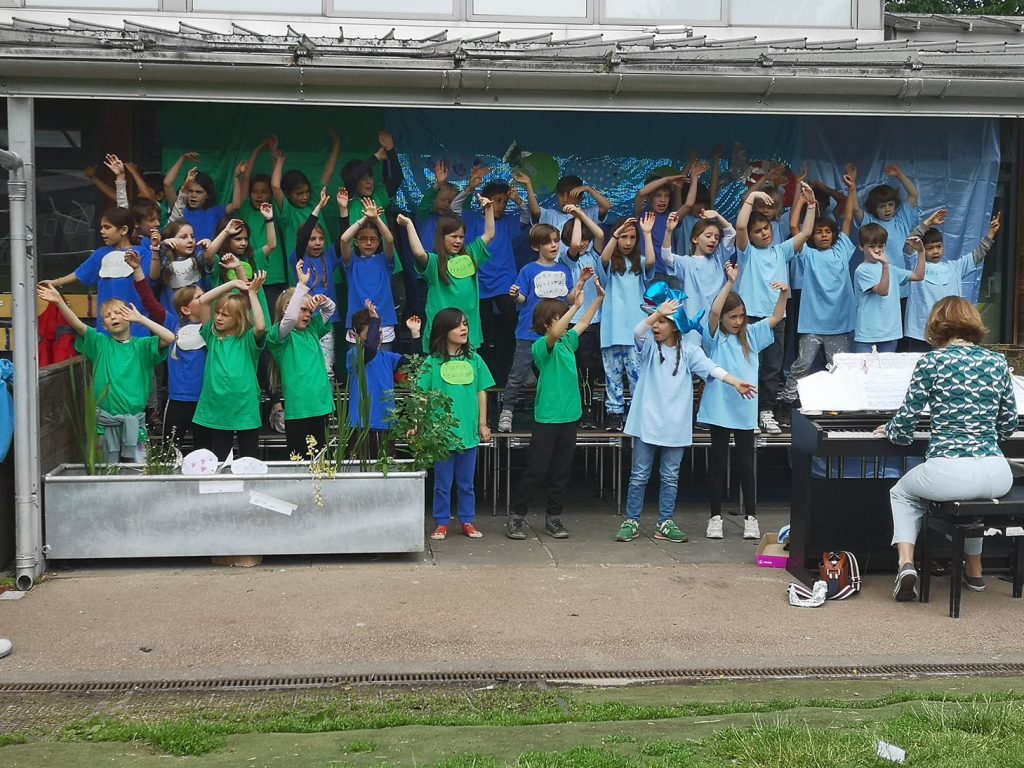 The sound of singing has been echoing round Lower School over the last couple of weeks as the children have been able to enjoy performing together. 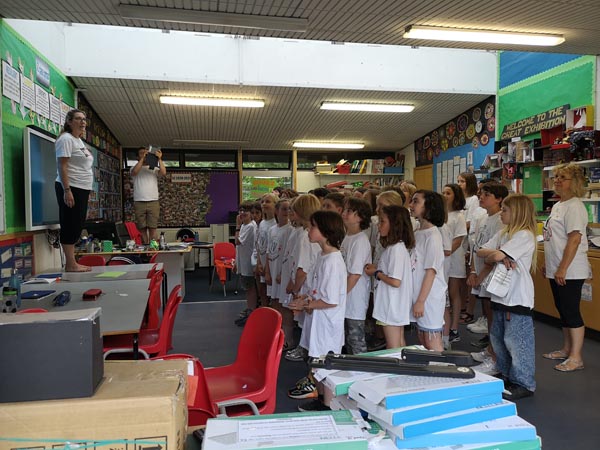 First came the Year 5 & 6 students who took part in the Young Voices Biggest Sing challenge. Along with thousands of other schools across the world, they learnt a new arrangement of the song ‘Lovely Day’ by Bill Withers and, at the allocated time, gathered in front of a screen for the biggest Zoom call of them all. With the guidance of Music Teacher Camilla and the Young Voices team our students were lucky enough to be part of a Guinness World Record attempt for the largest simultaneous sing-along.

Mia in Y5 said: “It was so cool to take part, and that loads of other people were doing it as well. It was amazing when we saw all the other people on the screen.” 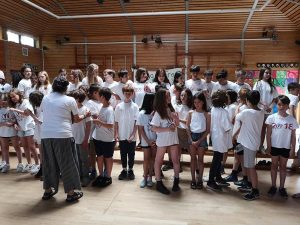 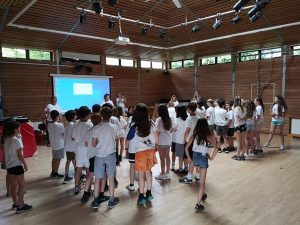 Camilla, who guided the children through the project said: “We started learning the song when we returned to school in March because the traditional Young Voices concert in the O2 had been cancelled. The aim is to break the world record but also to sell the single to support the children’s mental health charity Place 2 Be.”

“On the day the children were very excited, it was very nice to have something to perform. There were some warm ups from the Young Voices teachers, the dance teacher and the conductor on the Zoom call. We could see ourselves on the screen at the O2 alongside lots of other schools so we were waving and that was fun. What was nice for me was hearing how beautifully the children sang and seeing it all come together.”

Next came the Y3 performance of Ocean Commotion by Debbie Campbell – a series of fun songs set in the ocean where it’s the mammals vs the fish. Students performed outside their classrooms which meant we could welcome the parents to watch! It was so great to see the children give their best and to share that with our community.

Well done to all the Y3 singers.