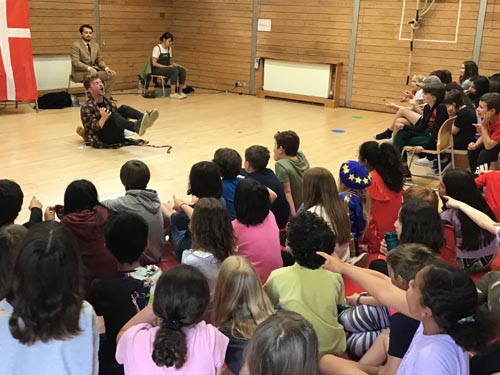 The Young Shakespeare Company came in to perform Hamlet for our Y5 & 6 students. Here’s what Zach’s Y5 class had to say about it: 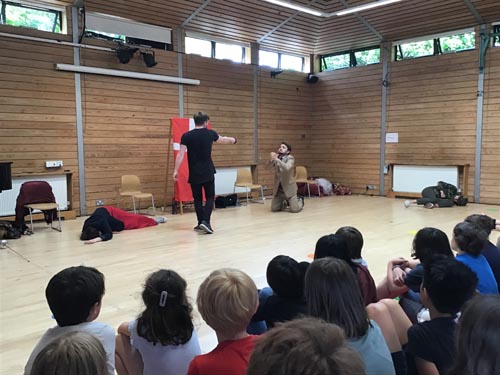 Tierney: The play was about this king called Hamlet, and he’s murdered by his brother.

Felix: I thought the performance was really good and I liked the fact that some children from the audience were involved in the action playing guards and other characters from the audience.

Henry: My favourite thing about the performance was at the end when the king was going to poison Hamlet. I liked the sword fight and then his wife accidentally drank from the poison cup, so she died. I’d never heard the story before and I loved the gory ending.

Scarlett: This was the first time I’d seen a Shakespeare play and I thought it was really good, especially how they got the audience up and really like interacted with us. They also explained what was happening as well as acting it out. 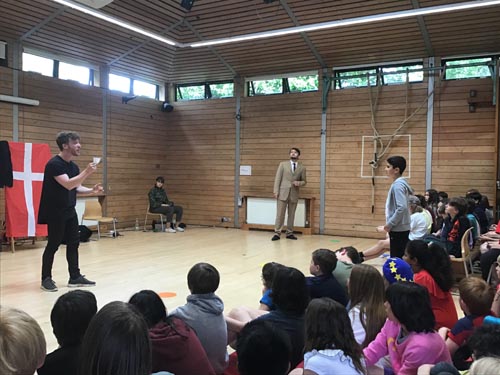 Ellie: I really liked the way that the characters also narrated the action. So if one of them was acting the Queen part, one of the other actors had to narrate what they were talking about so we could understand the tricky language.

Georgiy: I liked that too, they really talked about what was happening and let us use our imaginations to make the pictures.

Rudy: I got to be one of Hamlet’s friends and a guard and had to bow and say, “Oh yes my dear Lord.” 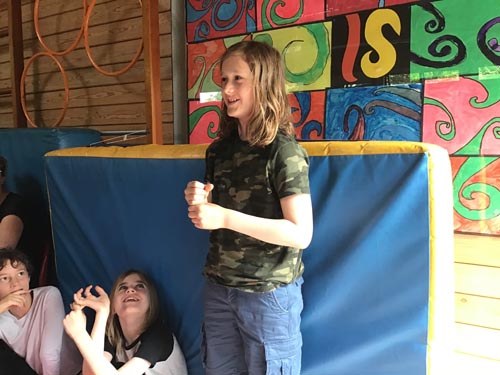 Scarlett: It was really funny because when they were choosing the part of Queen, me and Annie May both put our hands up at the same time so they both let us be the Queen.

Annie May: It was great because there was only four actors and they played lots of different parts and, though it’s a serious play, they made it funny too. 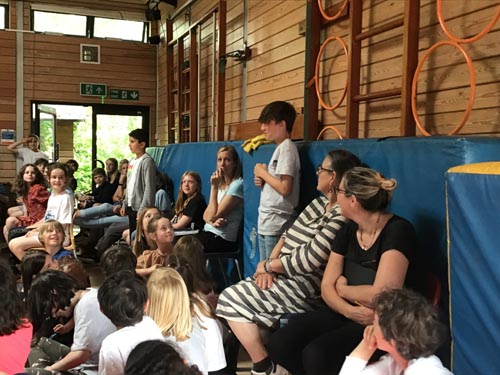