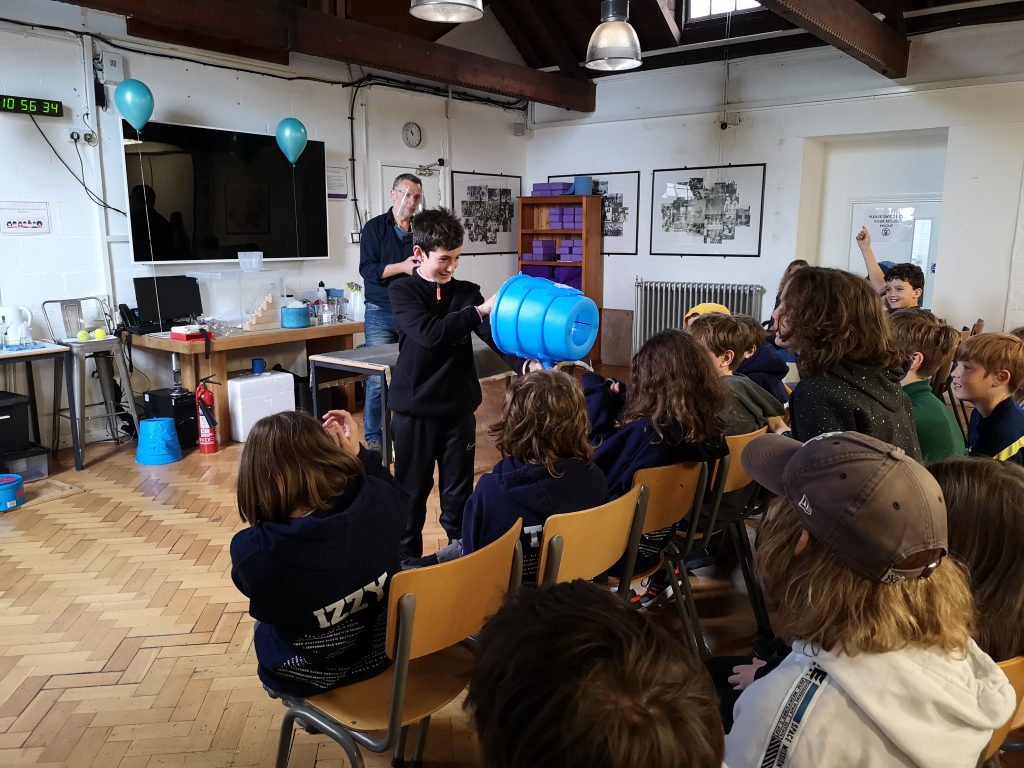 This year’s National Science and Engineering Week coincided with our first week back to school back in March. At KAS, we decided to have our events later in the year and so we arranged some very exciting events for May.

Our first visitor, from Zoolab, brought his family of ‘pets’ with him to show our Year 8 pupils who got the chance to get up close and personal with a range of interesting and unusual animals including the biggest snail I’d ever seen whose natural habitat is the rainforest, a rather beautiful but incredibly lazy tarantula who, we were told, was able to sit still in its burrow waiting for its food for, wait for it … up to two years! And an amazing leopard gecko whose adaptations included the ability to stand on just two of its feet at a time (opposite corners) to avoid overheating from the hot sand found in its natural habitat of the desert. The Year 8 pupils had many, many questions about these wonderful creatures. 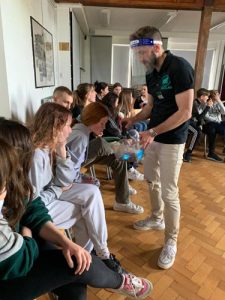 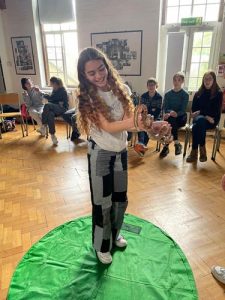 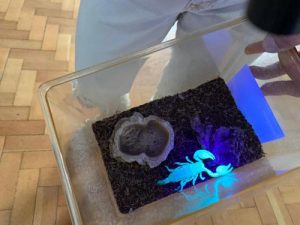 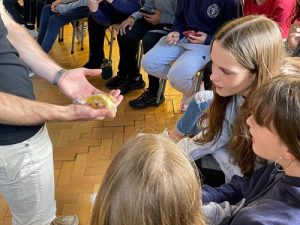 I was so pleased to see the enthusiasm and awe and wonder from Year 6 and 7 pupils when Ben from Explorer Dome came in to talk about how in Science we should be asking questions all the time about the world around us. He introduced the show with demonstrations that seemed to defy the laws of Physics. He then went on to amaze the pupils with many more spectacular demonstrations that seemed to be the stuff of Harry Potter – invisible water that put out candles as if by magic, torus bullets of dry ice ‘smoke’, multi coloured fire and explosions only just loader than the whoops and screams that came from the pupils. I don’t think Year 6 can wait to get into the Science labs to get going with some chemistry experiments of their own. 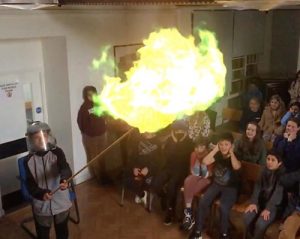 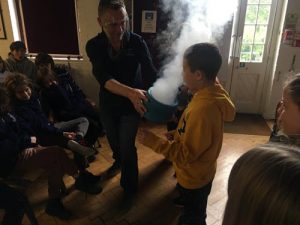 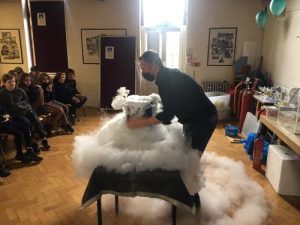 Finally, Explorer Dome were back to treat Year 9 pupils to the mind-blowing Astronomy Show. We were taken on a tour through our own Solar System, and we were shown the scales involved with Stars and how to find the red super giant Betelgeuse in the constellation of Orion. We were then out into the vastness of space to consider the sheer number of stars in our own Galaxy and then to realise that our own galaxy is just one of billions and billions of other galaxies in the universe. With so many galaxies containing so may stars, which each have many orbiting planets, the obvious questions to be asked was “Is there anybody else out there?” 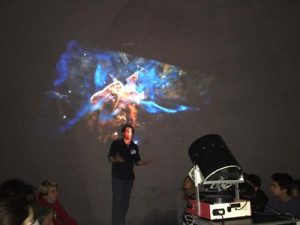 Big thanks to Science teacher, Laura for organising and coordinating the majority of this year’s events.