The Art of Protest 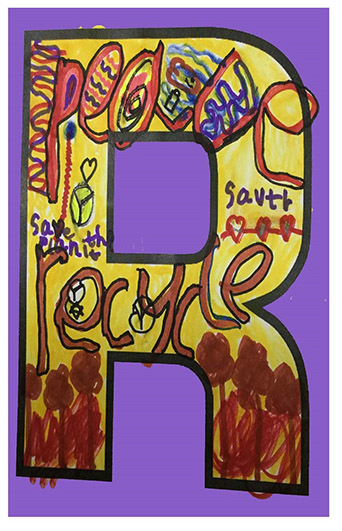 The Lower School children have been looking at protests in Art this term.

With so much in the news about protests and protesters, Lower School Art Teacher, Kat began this project by asking students to think about protests. She explained what protest is, about how protesters show that they want change or perhaps they want to stop changes happening.

Students looked at how protesting is a way of showing power through a mass gathering and a way to meet the power of authorities. They also discussed how messages are communicated in mass gathering through banners, loud chants etc. Kat shared examples of banners so students could see how words and images are used to spread the messages of a movement.

She then asked students to think about what the statement: WE ARE TOGETHER FOR CHANGE meant to them. Children who wanted to were allocated a letter of the alphabet, and they were asked to fill in the letter with images relating to fairness and justice. Once all the letters were collected, Kat created a collage of the artwork which we’re hoping to display in the school come September. 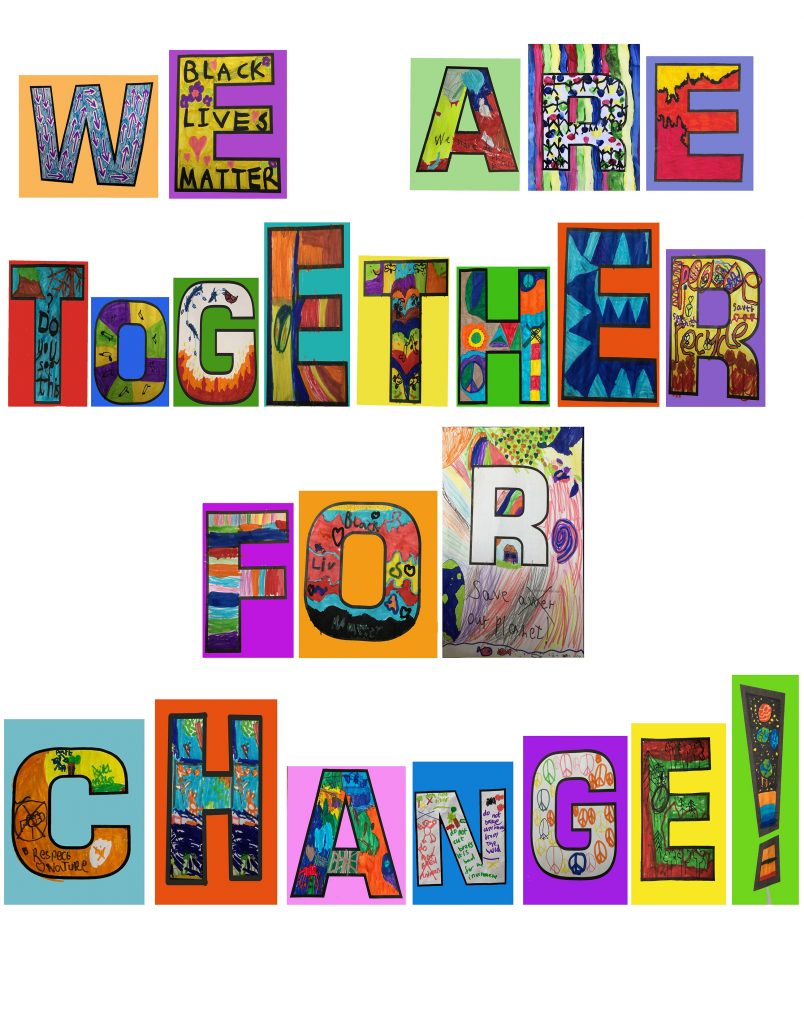 She said: “We began this project thinking about all of the protests that have been on the recent news. I showed students examples of different protests and the main message was that a protest is a big movement of people wanting to make changes. A powerful force!

They have shown in their artwork the things they would like to change, prevent or make better. Thank you so, so much for all of your input, ideas and creativity. I hope that you enjoyed contributing towards a collaborative artwork.”