Worming our way to sustainability 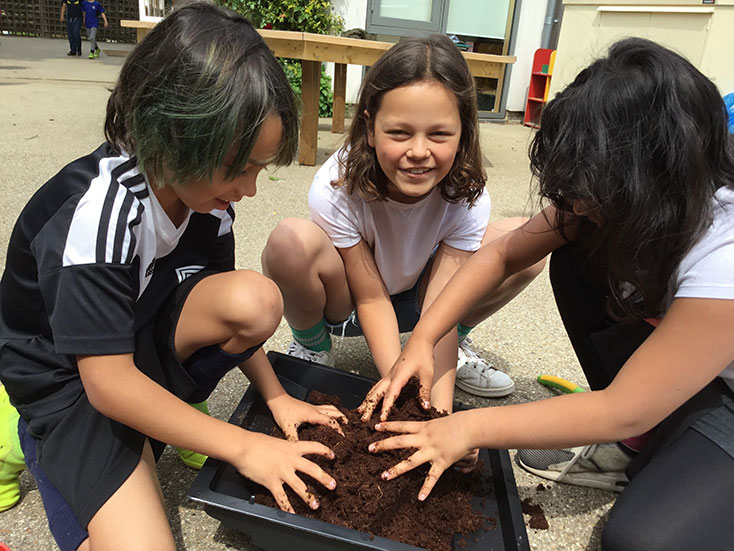 A couple of years ago, we started worm composting in Ivy Wood to deal with the waste from the children’s morning and afternoon snack, cookery left-overs such as egg shells and birthday cup-cake wrappers. This term, Eco MAD club set up two new worm composting bins to add to the four that are already up and running in Ivy Wood and Lower School.

The worms we use are called tiger worms and will eat up any type of food waste apart from citrus and dairy (though they can cope with these in small quantities). We use wormeries made by Wormcity which are a really good design. The children can put them together themselves and they are stable on uneven ground, easy to manage and not too heavy when full of compost.  In Ivy Wood, we found that one worm composter has capacity for the waste from one class and children became expert at feeding the worms with the fruit waste each Friday.

Misconceptions about worms – such as that the compost smells or that worms are disgusting – were quickly dispelled as the children learned more about them. Did you know that worms have five hearts, can breathe through their skin and can sense light, even though they don’t have eyes? We did some careful observation to check these facts and also experimented to find out what sort of soil worms will thrive in. 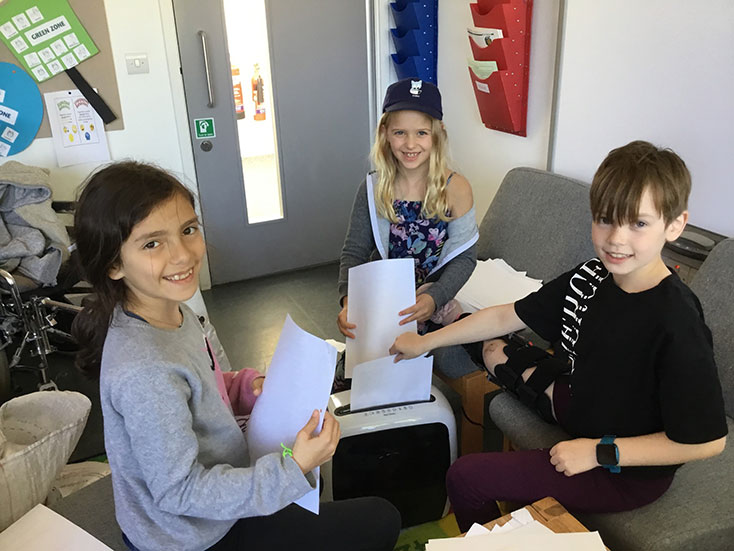 Shredding paper to get the wormery started

So how do you set up a worm bin? These ones took the children about half an hour to put together.  A layer of newspaper, then the coir which is supplied with the wormery, mixed with a bit of local soil to provide bacteria, makes a happy medium for the worms to live in. Add worm food (just to start them off), plenty of worms and 5cm of damp shredded paper. Then the worms just have to settle in and after a couple of weeks we started feeding them. Within a month or so there are enough worms to munch through the weekly waste and plenty to start a new worm bin, should we need to. 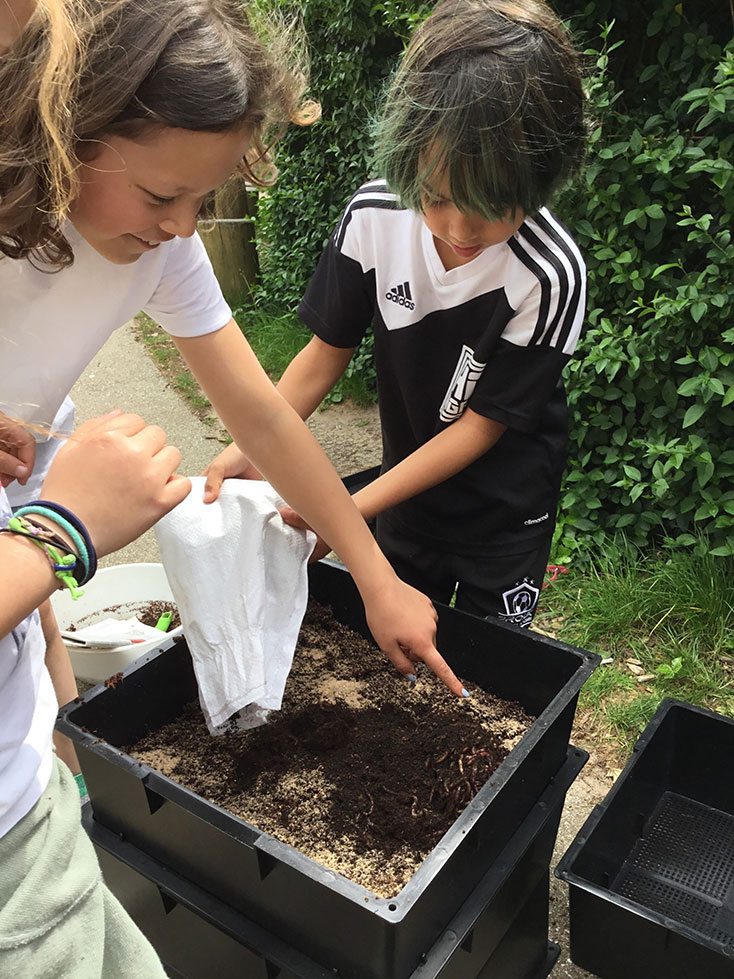 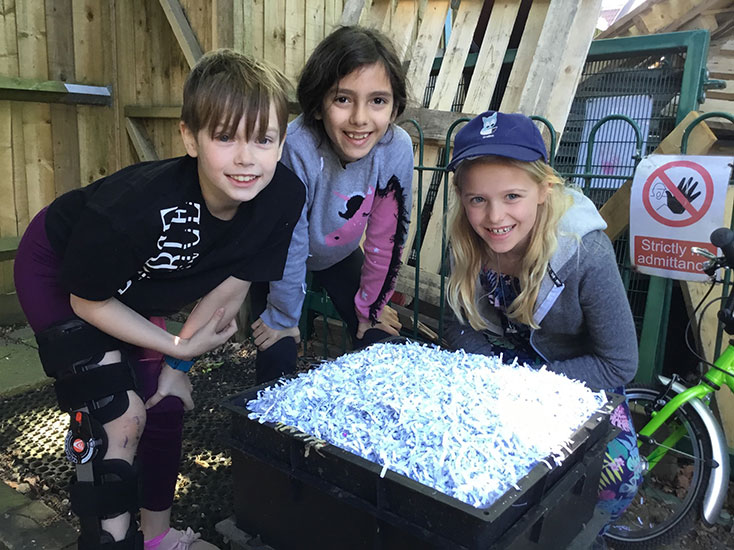 This is just what Eco MAD club did for Caitlin’s YR2 class with a disused wormery that was hanging around on the farm. Being already used to feeding the worms from their time in Ivy Wood, Caitlin’s class took charge of feeding the worms and now have a healthy worm composter that has already provided both compost and “worm tea” (composty water that collects in the sump of the wormery) which they have been feeding to the plants in the YR2 playground. But beware – worm compost is very rich and needs to be sprinkled sparingly!

While the Ivy Wood and 2C wormeries are still going strong, the two new ones are for Ilona’s YR2 class and the Lower School Staff Room. Eco MAD are keen that all our classroom and staff room food waste is composted so watch this space! They also have aspirations for the plate waste from lunch.

What happens to the worms in the holidays?  Worms love to eat shredded paper or cardboard so we give them plenty of this before the end of term and so far they have survived well. They can also go into a dormant state if they are low on food.  In the winter they eat less but they make up for it in the summer months.

Where do we keep the worm composters? Worms can get too hot if the composter is in the sun so we have found shady spots for them where they won’t get too hot in summer or too cold in winter.

Can the children investigate the worms whenever they want to? Worms like to stay in the dark. They also dislike being handled as the oils from our hands can burn them.  We teach the children to respect the worms as they would any living thing but we also find opportunities to make careful observations with the children so they can find out more about them.

What do we do with the compost?  We put it on the plants or give it to the gardeners.

Isn’t it disgusting? There will always be some people who don’t like worms! However, worms are essential for healthy soil and once the children understand the part the worms play both in breaking down dead material (think of the mountains of plant and animal waste we would have if worms didn’t break it down) and creating soil, they generally quickly become fascinated with them.  Also, the food waste in the worm composters is kept under a layer of shredded paper so it is not really visible.  Certainly, it doesn’t smell!

When will the compost be ready?  Last year we harvested a couple of (child-sized) wheelbarrows of compost from two bins after about six months.

Can I set up a worm composter in my garden?  Yes! There are many different types available but we have found Wormcity to work really well.  Why give all that food waste to the local council when you can make it into wonderful, rich compost yourself? 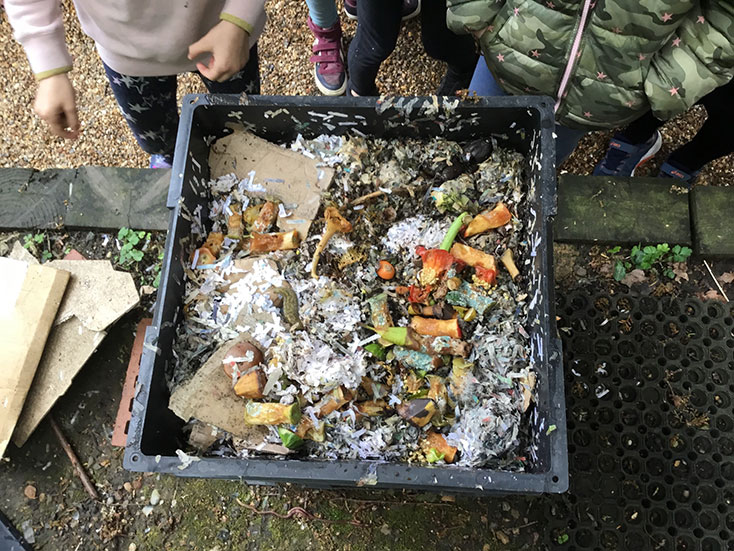 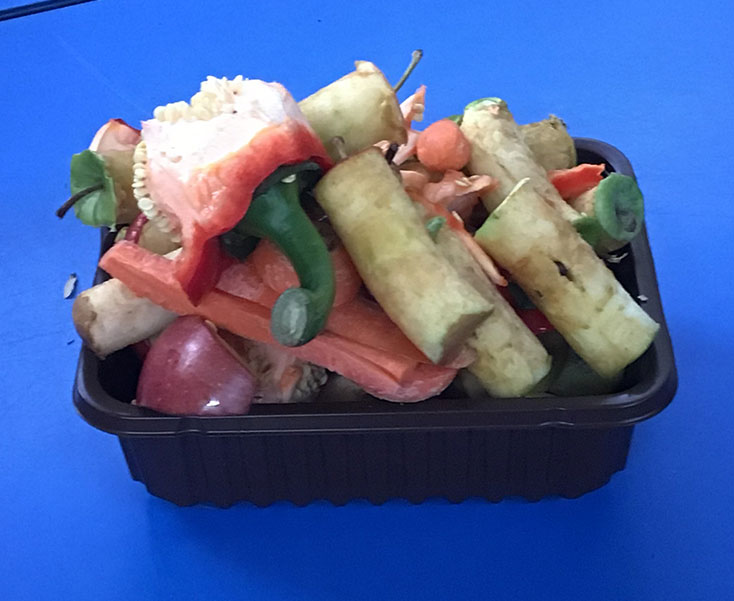