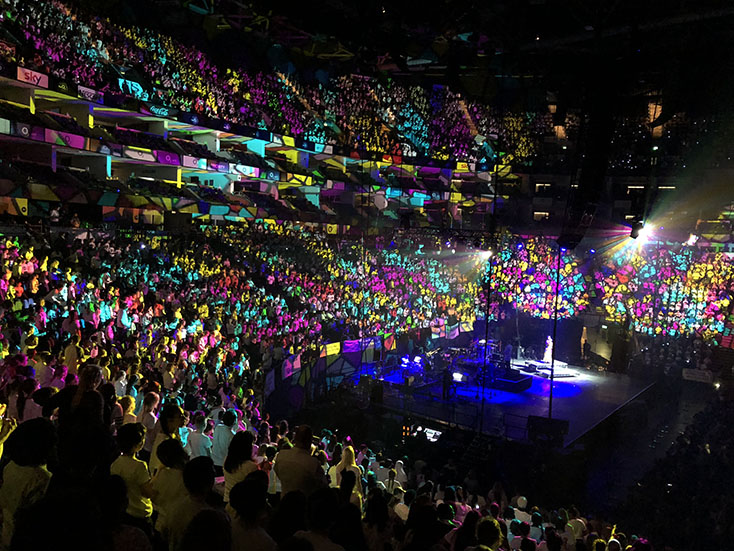 Despite the snow, a group of YR5 students made their way to the O2 Arena to take part in the Young Voices event last week.

Young Voices stage huge children’s choir concerts around the world bringing together thousands of children to perform in front of family and friends.

The KAS choir, led by Lower School Music teacher Camilla Ovenden, had put in the rehearsal time and were ready for their big moment in the spotlight.

Taking part in Young Voices was an amazing day for us all. Ignoring the snowy, icy weather (and the fact that school was closed!), the YR5s, and their teachers, boarded a coach for the O2 Arena in Greenwich. We spent all afternoon rehearsing in the venue. When the lights went down and the audience arrived for the concert at 7pm, the atmosphere changed dramatically.

The massed choirs performed with guest stars Urban Strides street dance group and Tony Hadley of Spandau Ballet fame, dancing and singing their hearts out till the end. The light show in the arena was fabulous and everyone was thrilled to be part of it.

It was in high spirits that we made the 20 minute walk back to the coach in the dark, pelted by rain and sleet, wearing head boppers and holding onto a long rope to keep us all together. What a wonderful experience was had by all! 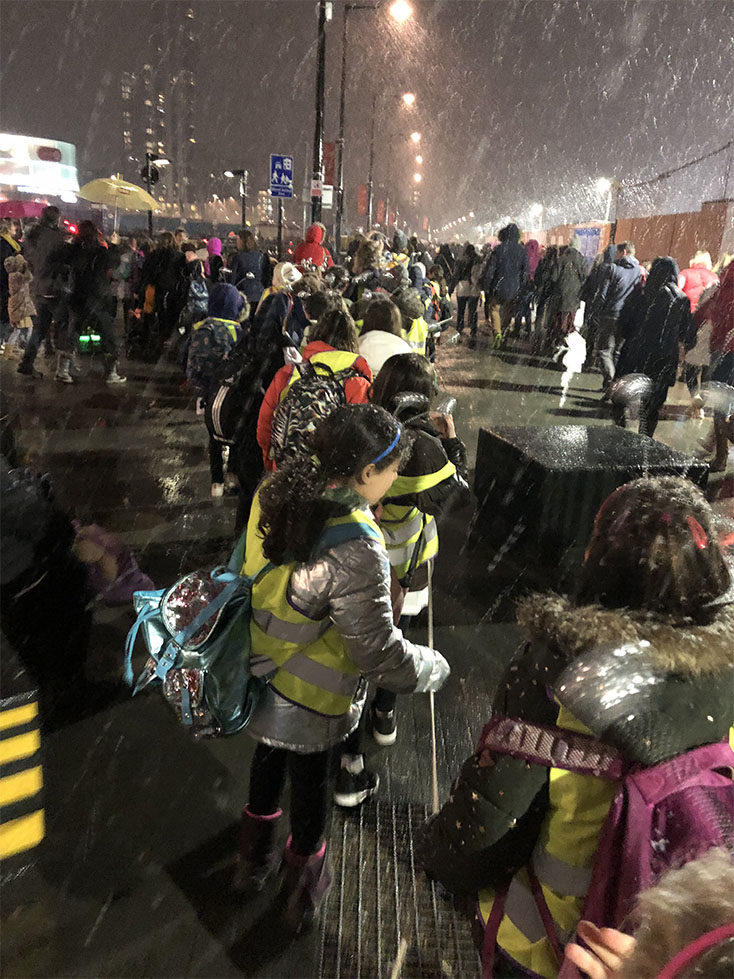 Here is what the children had to say about the experience:

“We learnt the dances and the songs and it was so much fun. Learning the Urban Strides routine with the videos in class meant we knew it before we got there.”

“When we got to the venue we learnt a song with Tony Hadley called Gold and the other singers on the stage were Beau Dermott from Britain’s Got Talent and Sharlene Hector from Basement Jaxx.”

“Because the room was so big it sounded quiet when we were practicing but when we actually did it we got louder because we were so excited.”

“It was nice that all the money raised from tickets went to the Teenage Cancer Trust.”

“My dad was doing embarrassing dancing in the audience even though I asked him not to.”

“I would love to do it again right now!”

“We really got to express ourselves.”

“On the way back to the coach there was snow pouring on to us and we held onto a rope like mountain climbers wearing deely boppers to make sure we stayed together.”

“There was a video message from Hugh Jackman from The Greatest Showman, it was so nice to know that he knew we were doing this show.”

“Summed up in two words it was awe some.”

“It was one of the most amazing experiences I’ve had in my life.”