All aboard for the YR6 Crews project

This year the YR6 classes have set themselves some goals for the year and to get there, they’re working in teams, called Crews. Teachers Adele and Sophie explained the idea behind the project and the Davidson and Slat Crews took it from there, here is what they had to say:

Adele (teacher): The idea is that we’re all on a journey together as a year – and rather than having a boss or just sitting there as passengers, we need to work together and give the students ownership of the year.

Sophie (teacher): It was inspired by the work of Ron Berger who is an educator and lecturer, and we loved the idea of getting our students to take more responsibility for their school experience and have been really pleased with the results – as teachers we’re taking a step back and letting them run their own meetings.

Savva: One of the points of the Crews project is to spend time with people you don’t know that well. The year group has been split into four Crews and we’re from different classes. It is helping us get ready for next year when we move into Upper School and we’ll be in different lessons with different people.

Eva: I’ve really enjoyed having time to talk about things that we care about and working on projects as a team.

Josh: the names of the crews and who they are named after are:

Slat – Boyan Slat, Inventor and founder of The Ocean Cleanup 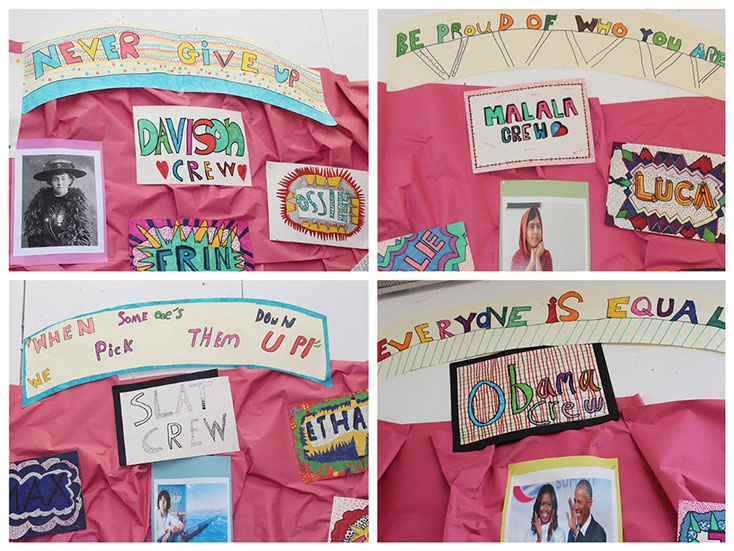 Erin: To decide on the names of our Crew we did a hot air balloon. Everyone in YR6 researched an inspirational person and we took turns presenting facts about our chosen person. We started with 44 people in the pretend balloon but only four at the end, and they gave us the names of our four Crews. Our Crew is called Davidson after Emily Davidson, she was my suggestion. She’s a suffragette who tried to get attention for the cause by walking in front of the King’s horse, she must have been very passionate about her beliefs!

Max: Slat is named after Boyen Slat and he got a lot of votes in our hot air balloon debate.

Alex: I chose Boyen because he is really young and he’s doing something amazing by creating a machine to clean up the oceans.

Tabitha: Crews are a nice opportunity to practice teamwork, we weren’t very used to working as a team and it’s helping to make sure we work together.

Olive: We have two meetings a week with our Crew and we have an agenda of things we want to talk about. We might talk about school improvements, like wanting more goals on the field, or more general things we’d like to change and we discuss it here.

Adele: We have a rota of who chairs each meeting and another student takes minutes, the agendas are put up in the cloakroom so they know about it beforehand.

Sophie: In one meeting we talked about social media and about being scared of being left out if you don’t have social media and keeping safe if someone messages you with viruses or inappropriate stuff. We shared what we already knew in our Crew. 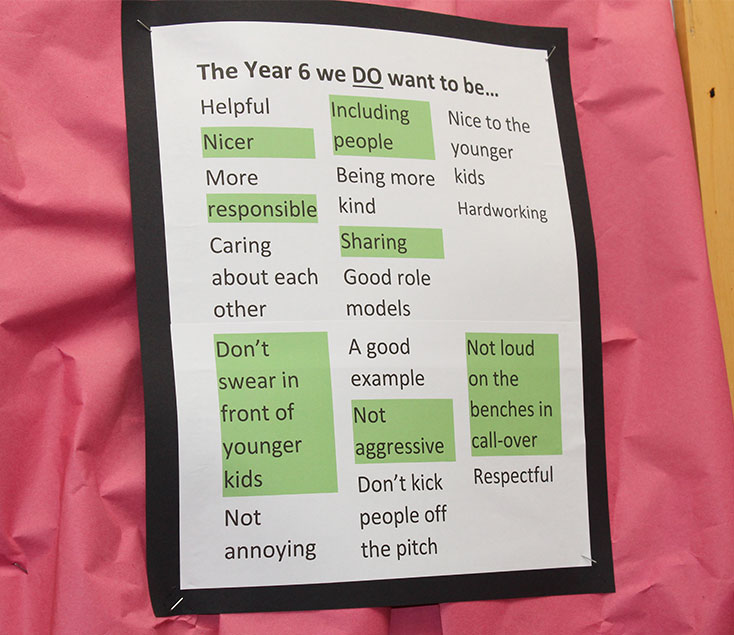 Adele: We have also looked at behaviour, if someone is struggling then we talk about how we can help that child and the impact on behaviour has been really positive. When we started we looked at how YR6 has an image of being ‘too cool for school’ or younger children are a bit scared of them so we’ve got ideas on how to change that.

Ossie: Yes, we do Callovers and talk to the younger children, so two Crews presented to the whole Lower School in Anti-Bullying week. We’re also setting up a Playground Guardians rota among the Crews where we will take it in turns to look out for kids who are struggling in the playground. The Guardians are also hoping to run clubs for the younger ones.

Saffron: We’re going to bring in our own toys in to sell. We’re also working on ‘Project Big’ where every Monday we go to the DT building and we’re making rainforest themed equipment for outside our classrooms.

Eva: In DT we’re actually making swinging chairs and putting down astroturf to make the space by our classrooms really nice.

Fergus: I’m hoping to make a rocking bench which is something I’m really looking forward to.

Adele: The Crews have lessons together on a Monday afternoon and one group does DT, one sews, one cooks and one does ceramics.

Wednesday: I just really enjoy spending time with the other class because in lessons you don’t generally do that and it’s just, fun!

Hugo: I enjoy doing grown up things like taking the minutes.

Gil: We write a newsletter too and that is the bit I enjoy the most.

Adele: The children have been documenting all their Crew work in their books and Malala Crew have also written letters to Malala herself which we’ve sent off to her. 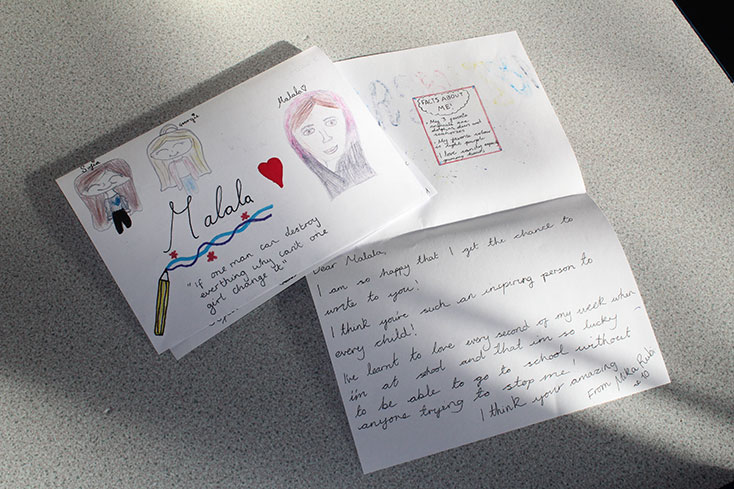