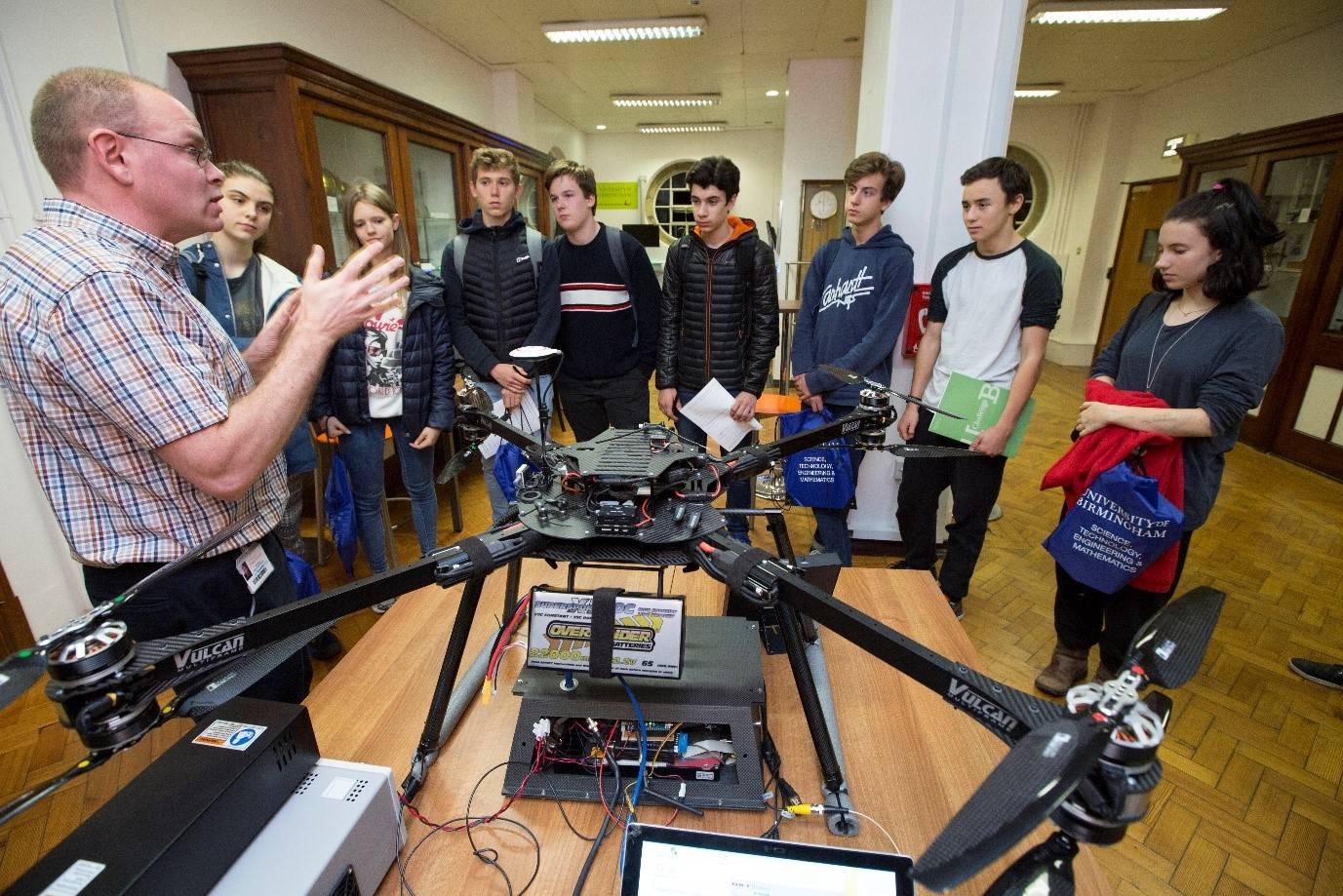 King Alfred Students pictured with Professor Bongs, Professor of Cold Atom Physics with the University of Birmingham, giving a demonstration of cooling down particles using lasers.

King Alfred Year 11 Physicists won first prize in two categories in a Physics Video Competition with UK National Quantum Technologies Hub.  The students’ work was considered the winner because they created the best example of the use of atomic technology in the modern day.  The students travelled to the University of Birmingham to receive their awards from Professor Bongs, a Professor of Cold Atom Physics.

In the summer, the class made a video about how atomic clocks work.  The international standard for the length of one second is based on atoms.  They illustrated how the natural and exact “vibration” in an energized atom is far better for timekeeping.  Atomic clocks are accurate to the nearest 0.03 nanoseconds, which means that the clock would lose one second in 100 million years.

All of the winning students reflected that they found it useful to visit the university and to attend a real lecture, and most are keen to study physics at A-level.

Another King Alfred student who attended the awards ceremony said “I found the trip very inspiring and found it very useful talking to students of the university who study physics. I also found out how gravity sensors work which was very interesting. Overall I really enjoyed the experience and I am very happy we won.”

After receiving their award and a prize of £1,400, they were given a demonstration of cooling down particles using lasers and they attended a lecture from Professor Kai Bongs about atomic technology.  The students and Physics Teacher Peter Nickson are very proud of their winnings.

Many of these Year 11 students will continue to study Physics at A level.  One member of the winning class said ”I didn’t know how many practical uses there are for quantum physics.  I found learning about the uses of atomic technology very interesting and thoroughly enjoyed the whole trip and experience. I thought that the lecture was fascinating and it gave me a better insight into Physics after GCSE which I am very interested in.”

The film is already receiving lots of views online. You can watch their winning entry on https://www.youtube.com/watch?v=TT8tj0kJimY