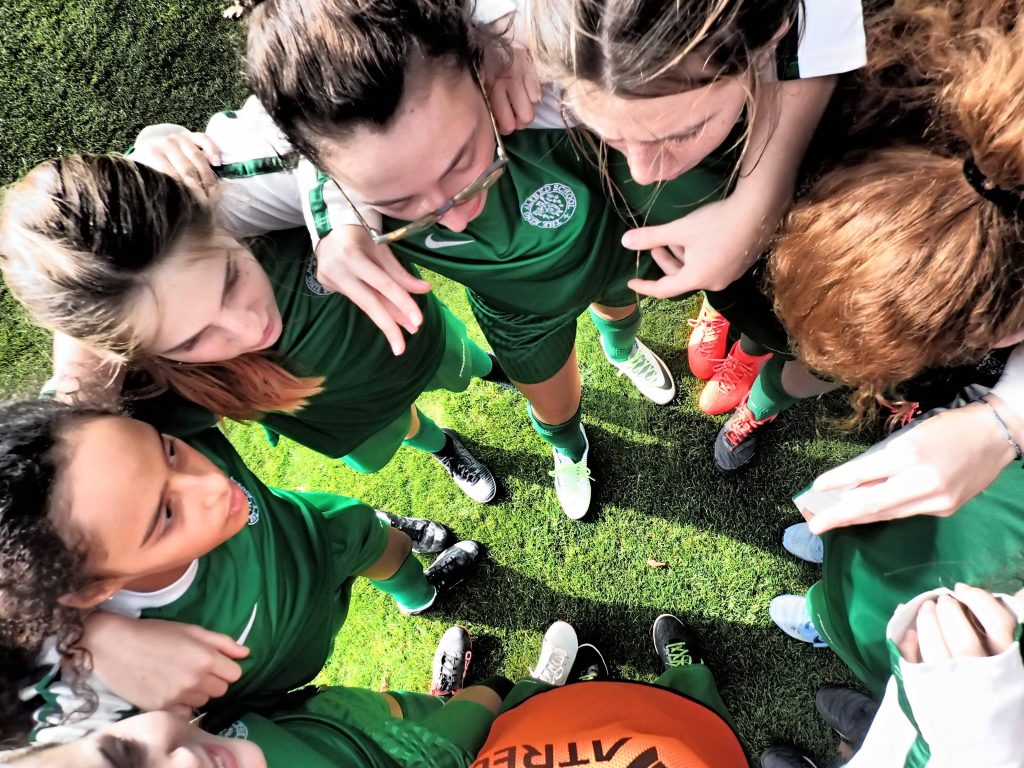 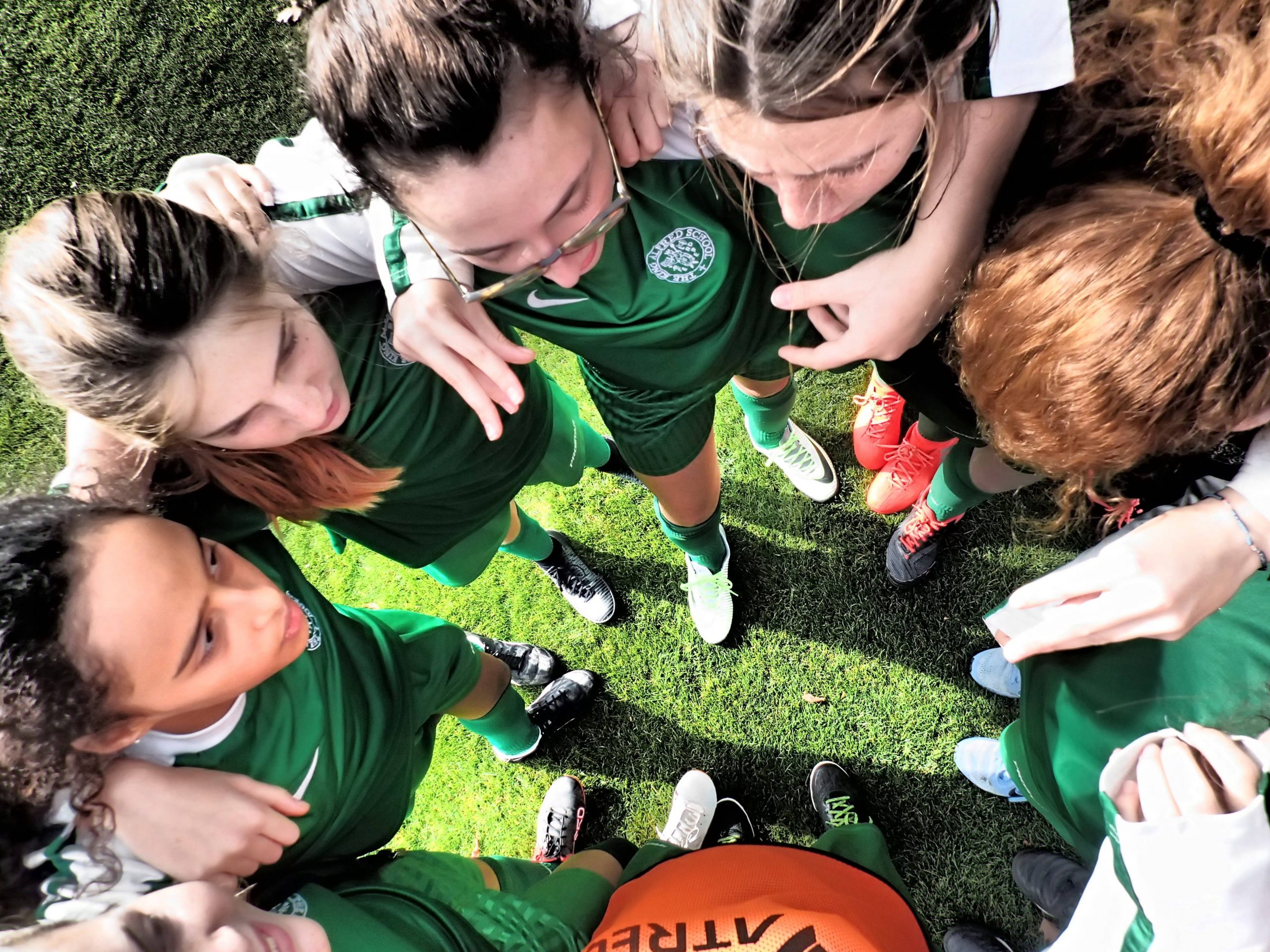 Girls Football is undergoing a renaissance at KAS. The popularity of the sport among Upper School girls has grown exponentially in the last few years. We now have teams across all year groups, plus recreational games for girls with record turn outs.

Our teams have recently begun competing. Fresh from a training session with an Arsenal Football coach, they hit the playing field in recent weeks to test their skills agains other schools. Edo, Head of PE reports from the field on our athletes’ successes as well as a few tough matches.

Well done to all of our female footballers for not only playing well, but setting a strong example of athleticism and fair play for other students.

Victory for the KAS Girls at the ISA National Football Festival, Ascot 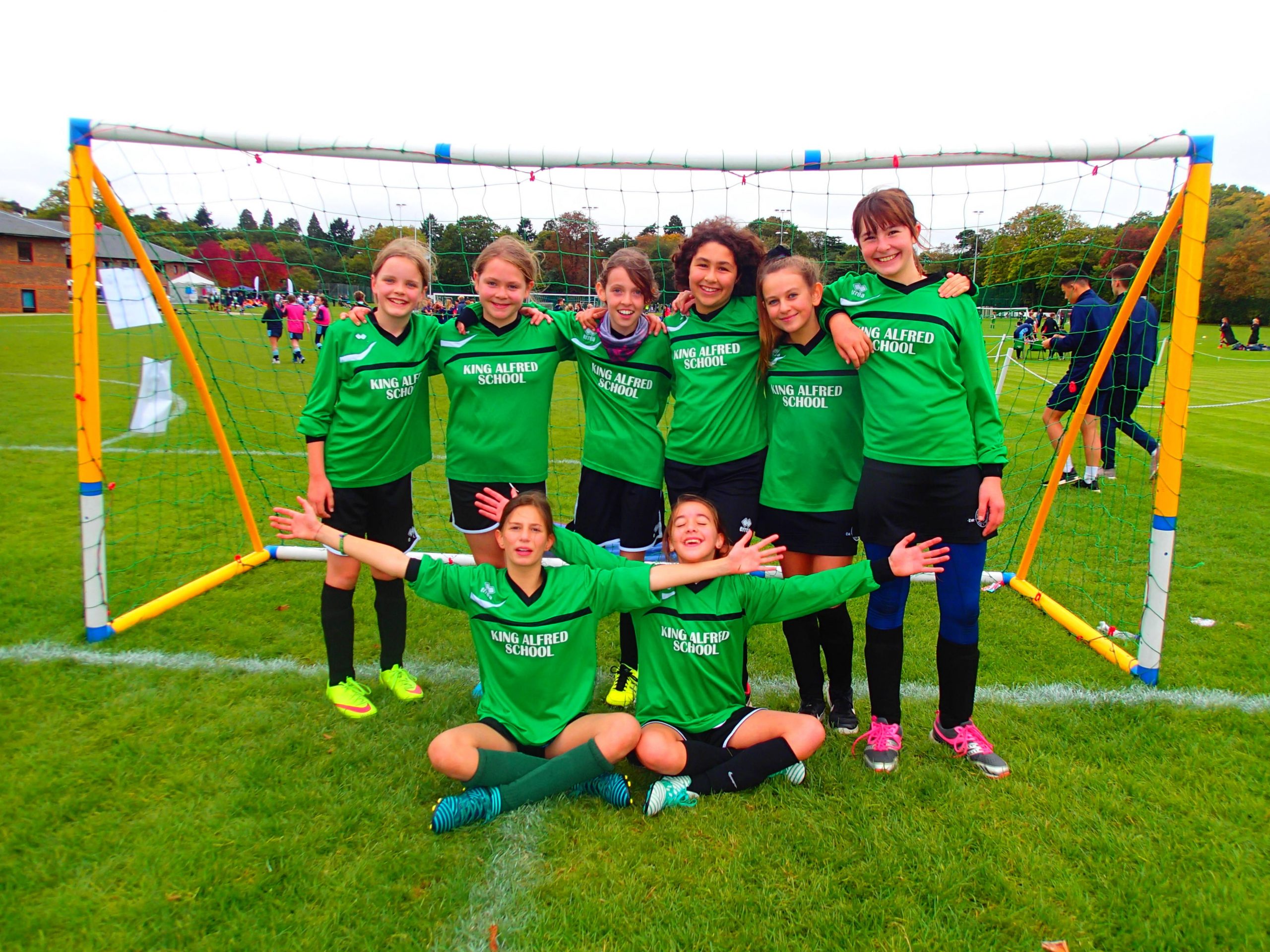 Our U15 and U13 girls football teams returned from the LVS Ascot Tournament, played Tuesday 10 October, with silverware.

The U13s played in the trophy semi-finals against Sancton Wood School winning 3-0 and then proceeded to the finals to play The Park School. The match was tense and quite physical at times, but our girls celebrated with a well deserved 2-0 score. The U15 team managed to get to the plate finals but lost to Akeley Wood after a few controversial decisions by young referees.

Our girls displayed great skills and huge energy. We hope that their success will inspire more girls to join football at KAS. 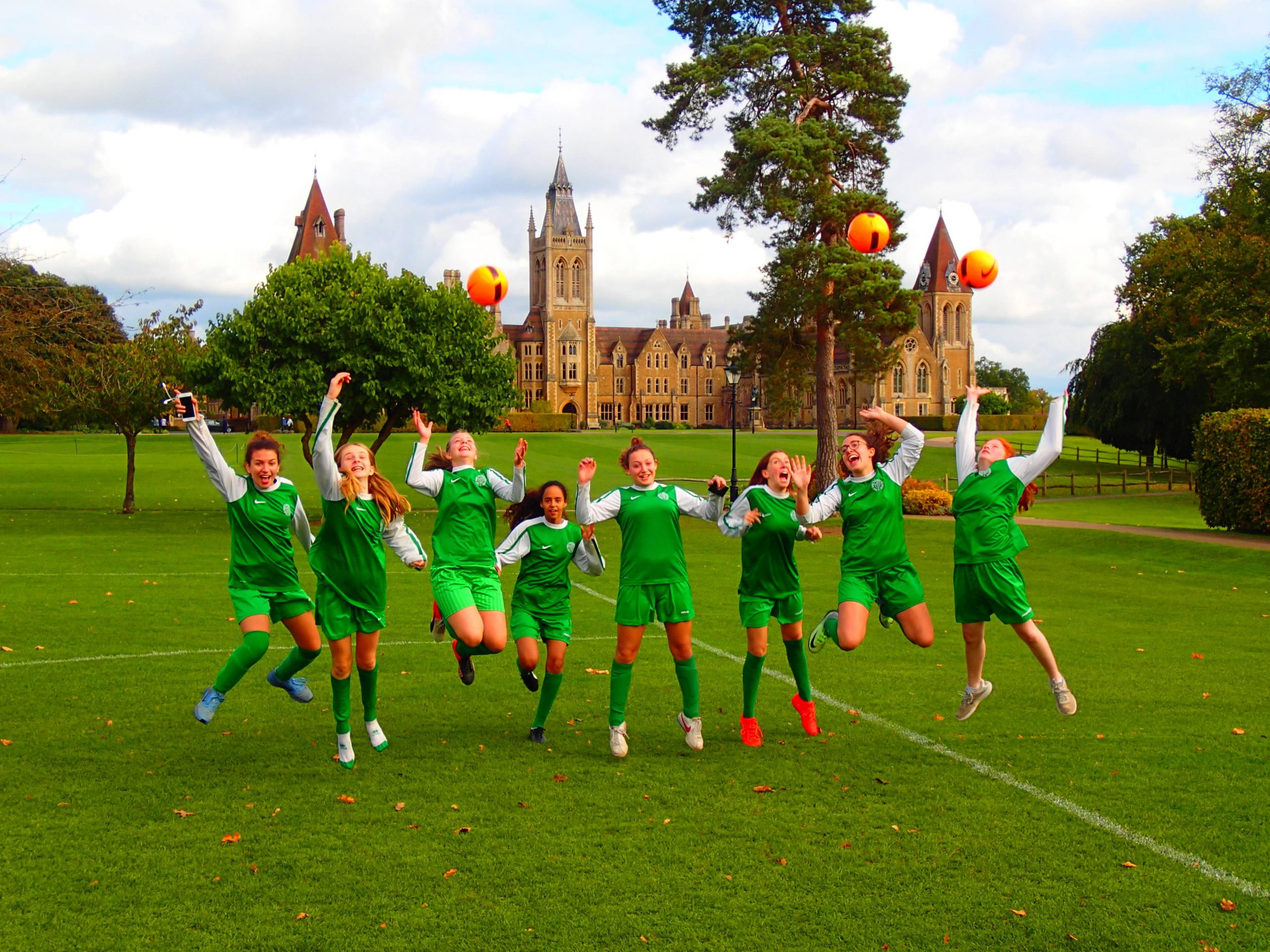 Our U18 and U15 girls’ football teams competed in the very prestigious ISFA National Sevens Tournament held at Charterhouse School in Surrey Sunday 8 October.

We were impressed with the school facilities: 6 full-size football pitches with an immaculate grass cover, old chapels (Hogwarts springs to mind), 12 tennis courts, athletics stadium that could host international meetings, few massive hockey pitches and acres of ground dedicated to other sports. Our competitors came from similar establishments, often being able to choose teams from hundreds of girls in each year.

Both Tom and I felt proud of our girls as they gave their best shot and managed to keep level with some of the teams they played against. However, winning teams’ performances were something we can aim for in the future but could not match at present.

Our girls deserve praise for their efforts.