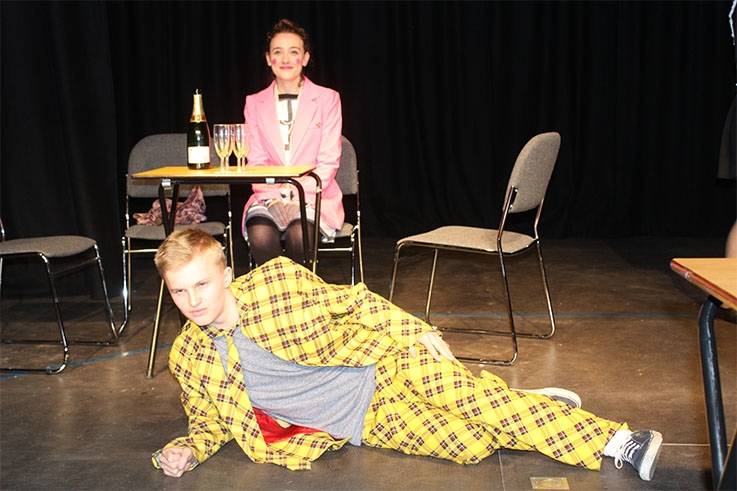 King Alfred School recently hosted the annual French Drama Festival for the third time. Fifteen schools entered the competition and the standard was the highest yet.

Three judges, Pierre Pillet from the Perse School, Mélissa Milioto from the Embassy of Belgium, and Kara Conti President of KASS, carefully deliberated on the performances and awarded prizes.

There were 6 prizes up for grabs, rewarding Best Play, Best Unique Theatrical Experience, The Jury Special Award, Best Spoken French, Best Performance and Best Performance in a Supporting Role. All the judges agreed that their task wsa extremely difficult, given the overwhelming talent on display that evening.

The King Alfred Group gave a brilliant rendition of La Cantatrice Chauve, by Ionesco. Stella Arnold was exceptional as the cocky maid bullying her way into reciting a love poem; Gigi Williams and Ned Parsons were hilarious as the hosting couple having an argument about whether to open the front door when the door bell rings; Matilda Cousins looked fabulous in her new hair style;  Felix Mohaupt revealed hidden chatting up talents and Lauren Satterthwaite was a convincing fireman looking for flames to put out! They were fantastic ambassadors for the school. We very thankful for all their hard work and very proud of their performance on the night.

It was an evening of fantastic French, brilliant acting and courage. Competing on stage is a daunting enough experience, let alone in a foreign language!

Once again I would like to thank all the staff who helped me organise the evening, with a special mentions for Danielle for her constant presence and help in rehearsals, and Jeanette for simply being indispensable in such events!