Harry Gilbert, KAS Graduate and Professor of Agricultural Biochemistry at Newcastle University, has recently been appointed to both the Fellowship of the Royal Society and Fellowship of the Academy of Medical Sciences.

After completing his early education at The King Alfred School from 1957-1971, Professor Gilbert went on to earn a PhD at the University of Southampton, graduating in 1978. He took up his lectureship at Newcastle University in 1985.

Based in the Institute for Cell and Molecular Biosciences, Professor Gilbert specialises in the study of microbes in digestive tracts. His recent investigation of how human gut bacteria digest plant matter is of major significance to human health. You can read more about his ground breaking research on his Royal Society biography page.

In Summer 2016, Professor Gilbert was one of 50 new Fellows and 10 new Foreign Members appointed to the Royal Society, a self-governing body of distinguished scientists. Past fellows have included Isaac Newton, Charles Darwin, and Stephen Hawking.

Newcastle University reports that, reflecting on his double fellowship appointment, Professor Gilbert commented,“I was shocked and surprised to hear about the awards. It is nice to see all the research done by the very talented scientists who have worked with me recognised in this way. There is much more exciting work to be done in this area, as understanding the mechanisms by which complex carbohydrates are utilized by human gut bacteria is so relevant to medicine as this microbial community has a significant impact on our health.”

Both appointment are prestigious awards, and we are pleased to offer our congratulations to Old Alfredian Harry Gilbert on his achievements. 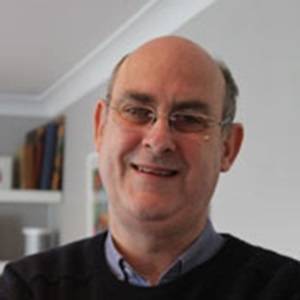