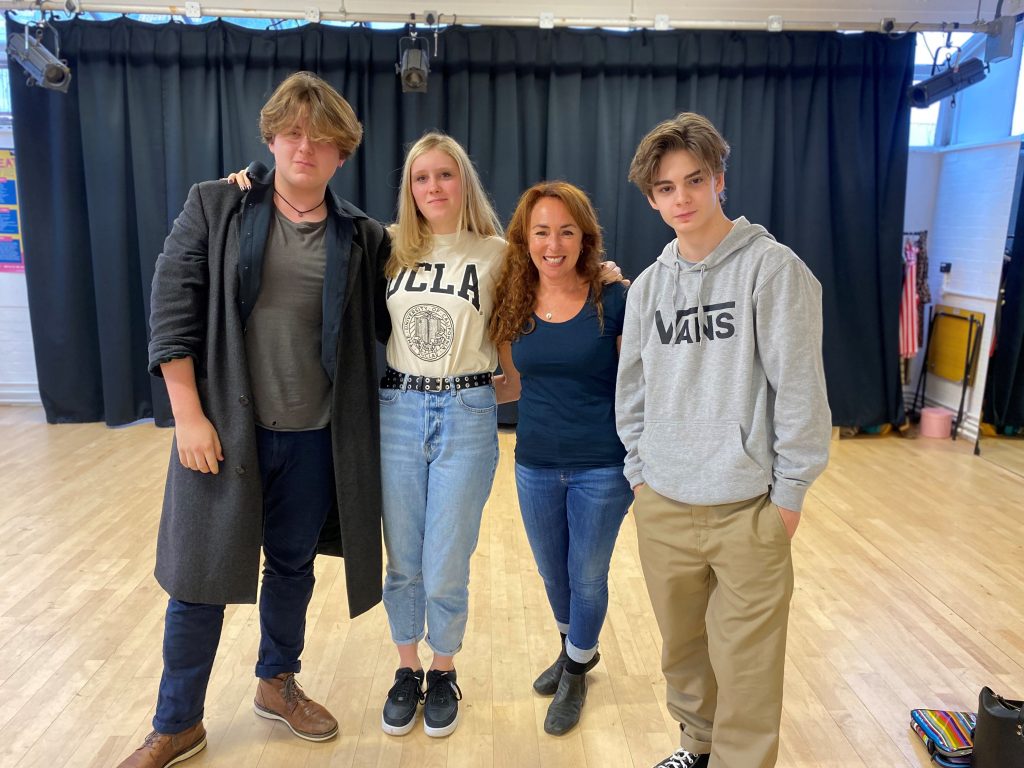 Sixth Formers singers who are on our UAL Extended Diploma in Performance and Production Arts and those taking Drama and Music were fortunate enough to have Vocal Masterclasses recently. First we had acclaimed opera singers Yvette Bonner, who teaches vocal studies at the Royal Academy of Music, and James Cleverton who is currently performing La Traviata at the Royal Opera House. The students performed a range of repertoire from both classical and musical theatre and worked with the experts on their technique.

This session was followed by an ‘Acting through song’ masterclass with actress and West End performer Sam Spiro. Sam has worked on a range of musical theatre repertoire with students, helping them to develop the character behind the song.

Y12 student Helena, who joined KAS for the Sixth Form in September, was one of the students who took part, she said:

“I attended the Yvette Bonner masterclass and the Sam Spiro masterclass and they were really cool. We were a small group and we worked in the Drama Studio with the experts. We were all given half an hour to perform our piece, receive feedback and get guidance, try out different things. It was great to get that individual feedback.  We also got to watch and see each other perform, which was nice.

With Yvette we focused more on our actual singing technique, whereas the Sam Spiro session looked more at musical intention and acting through singing, rather than singing itself. It was fascinating because I haven’t done that much musical theatre and I’d never had a professional come and give me tips and work with me personally.

Doing the workshops has given me a lot more technical stuff to work on. There are certain things I’d never tried before, some exercises I hadn’t thought of that were really helpful. And most importantly, I really enjoyed it as well.”