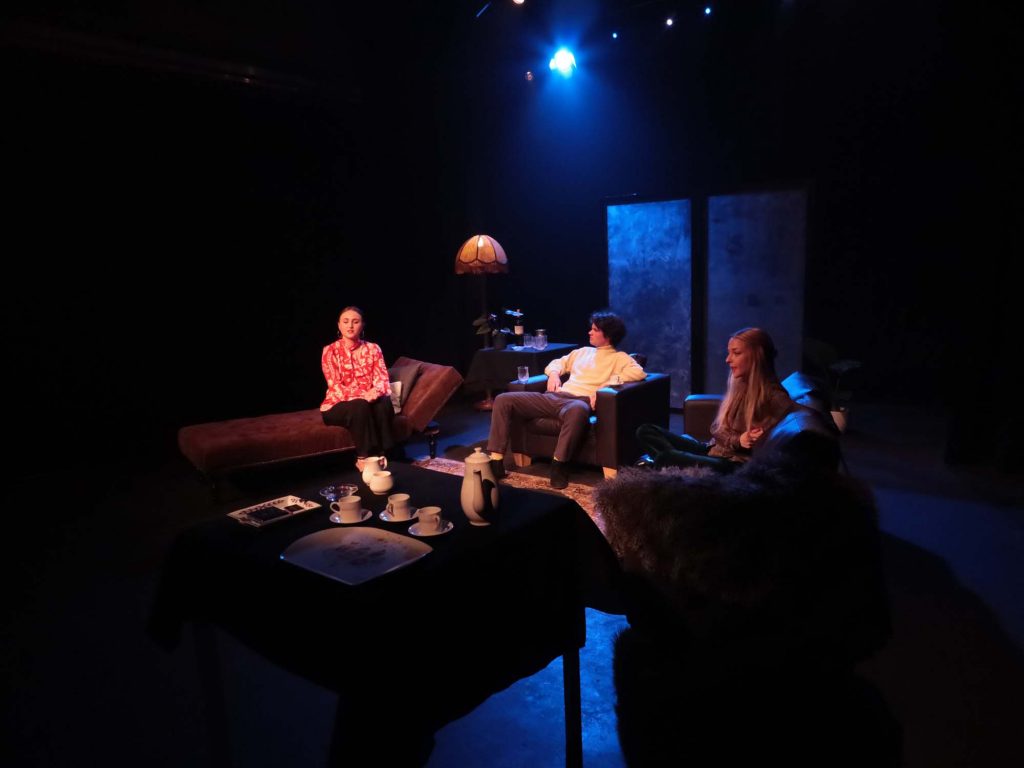 Our Y13 UAL students were glad to return to The Phoenix Theatre for their performance of Harold Pinter’s ‘Old Times’ which forms part of the Contemporary Theatre project element of the course. We spoke to them after their dress rehearsal to find out about the play and how the performance went.

Harriet: We chose the play in January when we were still in lockdown and I think it was Arthur who suggested it. 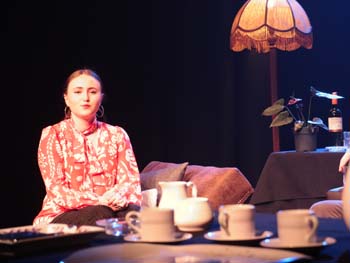 Arthur: Though we chose the play and rehearsed on Zoom we always knew we would wait to perform it in person, even with a small audience.

Harriet: We did our research and online learning about the play and learnt our lines over Zoom and when we got back in to school in March we were able to start rehearsing in the space. The dress rehearsal went well but now there is a bit of pressure for the performance today.

Arthur: Yes we don’t want to relax too much! 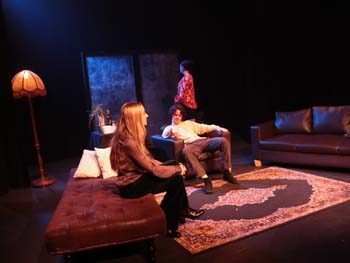 Tally: The play is by Harold Pinter and the plot centres around Deeley and Kate (played by Arthur and Tally). They have been married for several years, and the marriage is quite rocky. An old friend of Kate’s comes to stay (Anna played by Harriet), and stirs the pot. 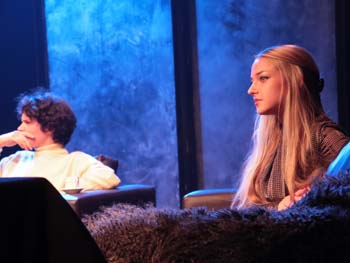 Harriet: There is a lot of ambiguity in the play so everything that is said has a subtext or a deeper meaning – you don’t always know what’s really going on. A lot of what the characters ‘say’ isn’t said, there are lots of pauses and it’s not all on the surface. When I was researching the play I found there were quite a few different interpretations. It was something I found difficult at first, when I first read the play it was confusing but figuring out a way to interpret it was interesting, there is no right or wrong. So for example, we discussed whether Anna and Kate had previously had a relationship and how we would convey that. We worked together to come to our version of the play. 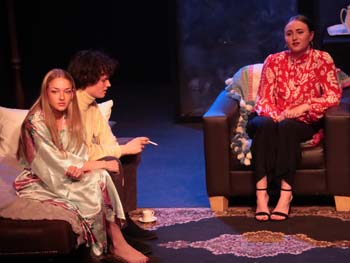 Arthur: Yes, understanding the play was the most difficult thing because it’s so dense and abstract but unpacking it was also the fun part as there was so much to study and read between the lines.

Tally: I think what I enjoyed the most, and what I found difficult, was sort of the same thing. You can decide what you think is the alternative ending, what you think happened and finding the line between what they say and then the hidden subtext.

Harriet: It was really nice to come back into the space after being online for so long. Just performing it in the space and all being together for the first time in like a few months was really great. 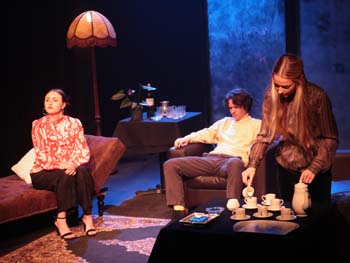