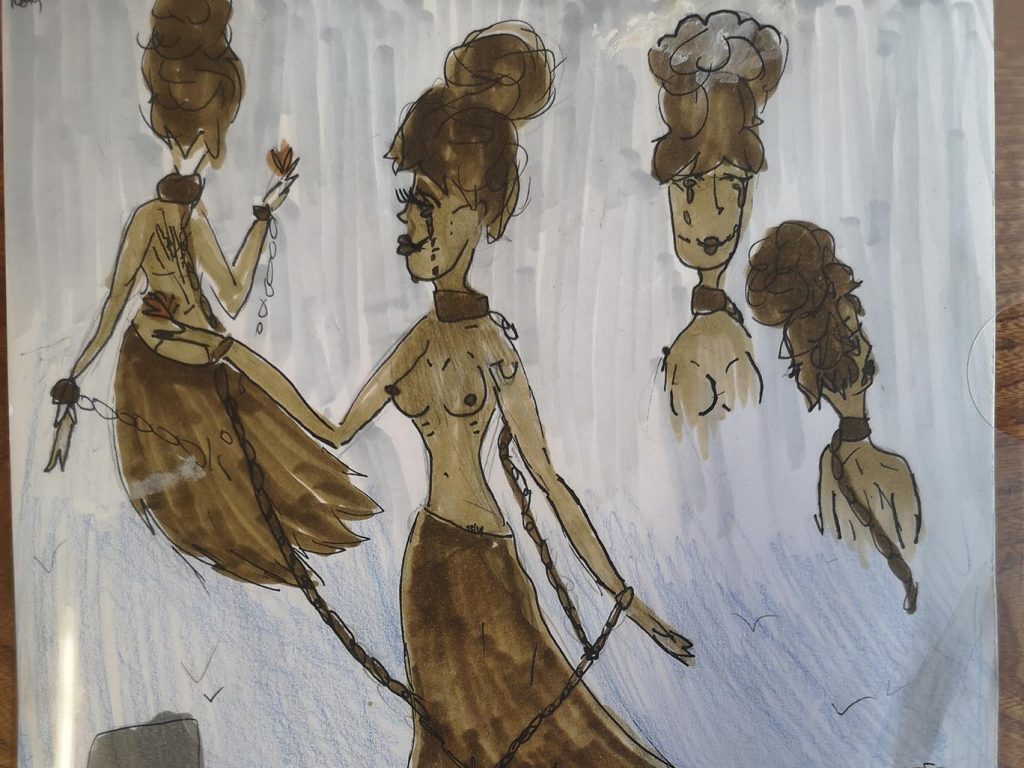 Year 8 students have been learning all about the slave trade in their History lessons this term. They were tasked with designing memorials to those whose lives were lost as a result of these practices.

Some students were challenged even further – presenting models or drawings of their designs to an outside audience of experts who joined the lesson via zoom. 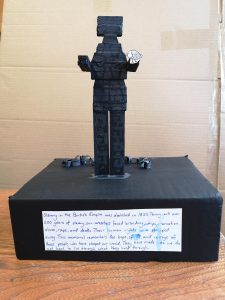 Sasha designed this monument saying, “When I was researching current memorials I felt they only focused on the sadness and horrible nature of the slave trade. While it was certainly horrible I wanted to celebrate the fact that we’ve stepped away from the slave trade and there is hope for the future so that is what my memorial celebrates.

I would like it to be life size or slightly larger so people can see it and relate to the people involved. I would place it in a separate clearing in Regents Park with tall trees around it. The clearing would disconnect you from the outside world, and any distractions, to give you a chance to think about the slave trade and it’s legacy.

Nobody is born knowing anything about race but it impacts you whether you are black or white – I think it would be great for schoolchildren to see this. While they are learning about the world it would remind them that, though the slave trade has ended, racial inequality is still out there.” 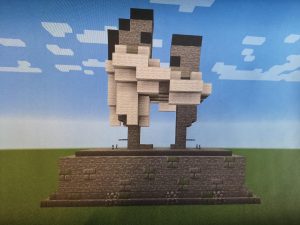 Alex spoke about her memorial: “I built my memorial in Minecraft and it represents a slave hugging her son goodbye after he was sold to another owner.

I would love to see it in Trafalgar Square. I’m trying to show a message of love but also of horror that anyone could let this happen and see families torn apart just because they are a different colour. It would be made of stone to symbolise that what we have done in the past is set in stone, that there is nothing we can do to make it not have happened.” 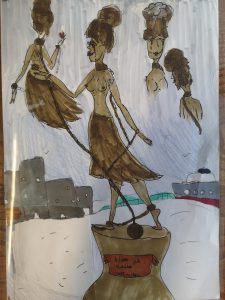 Romy drew her memorial, explaining: “It shows a young woman in chains and with whip marks on her back but she’s holding a very small butterfly and she smiles. She is thinking about how even in the worst times things could be better and how we can dream about a better future. I was thinking of putting it in Liverpool. The plaque would say ‘hope is unlimited’ and the dates slavery started and ended.” 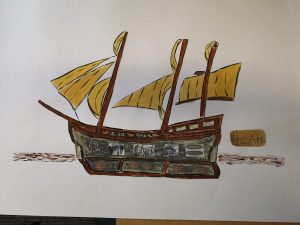 Yannik went big with his idea: “I wanted to make a memorial which was immersive which you could go into and experience what it was like during the middle passage. The inside of this boat would be like a museum – on the wall there would be paintings and pictures and sculptures in the area where the slaves were kept.

I would like it to be in the Caribbean Islands as they were a big part of the slave trade. It would be for everyone, people who live there or those on holiday. I wanted to convey a message of keeping alive a memory of the enslaved Africans. I was thinking of putting names of slaves who died around the outside of the ship.” 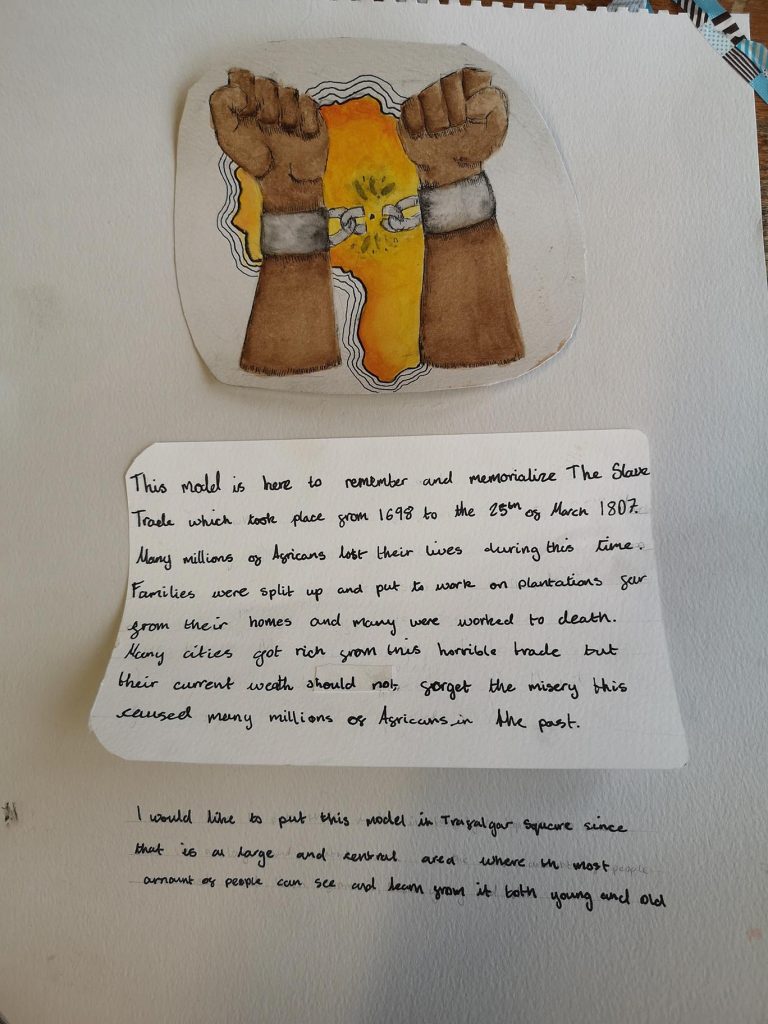