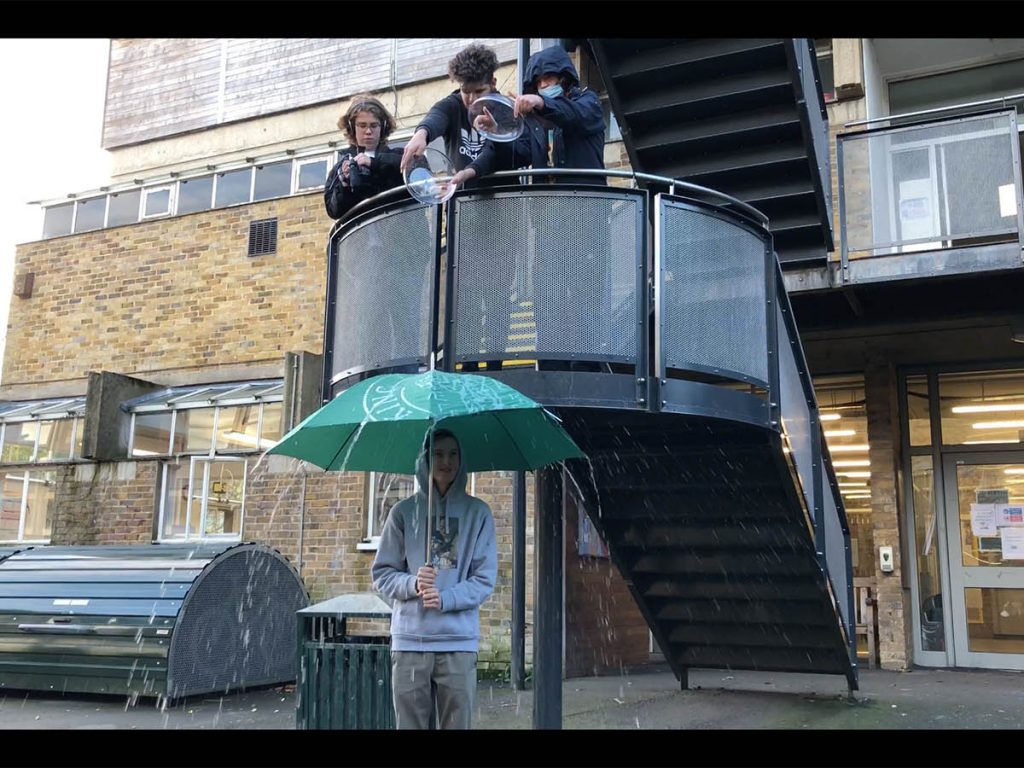 Foley editing is named after Jack Foley, who was working in the early days of Hollywood.  Before we had technology such as boom microphones and discreet, digital sound recording devices, Foley artists created the sounds required by directors after films had been shot. Today, Foley artists continue to produce synchronous, physical sounds in post-production, alongside the digital sound effects that we now have at our disposal.

As well as needing to understand how sound is created and edited for their own filmmaking, students analyse soundtracks, dialogue and soundscapes and their effects on audiences in their written examinations. Singin’ in the Rain is one of our classic Hollywood texts, and one of eleven set texts.

Recreating the Foley of Gene Kelly’s famous tap dancing sequence gave students the opportunity to work with James, our resident dance teacher and choreographer, as well as throw buckets of water over each other! 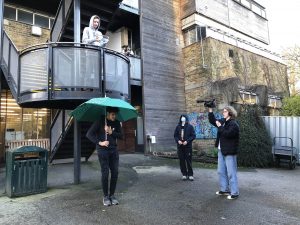 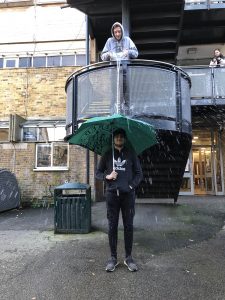 Thanks also to Dan in Music Technology for teaming up with us on this, and to Ethan and Flame who took the lead in organising the actors. We used the Music department microphone set-up for students to record the opening dialogue between Debbie Reynolds and Gene Kelly, and set up a board for James to dance on. 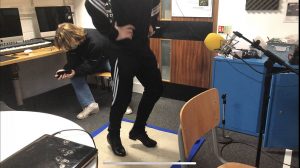 Students even had a go at ‘tap dancing’ with drumsticks and pencils on a table top, in rhythm to Kelly’s dancing, just to see what can be achieved when everything is edited together seamlessly.

It’s fair to say, this might have been our favourite activity of the year so far!