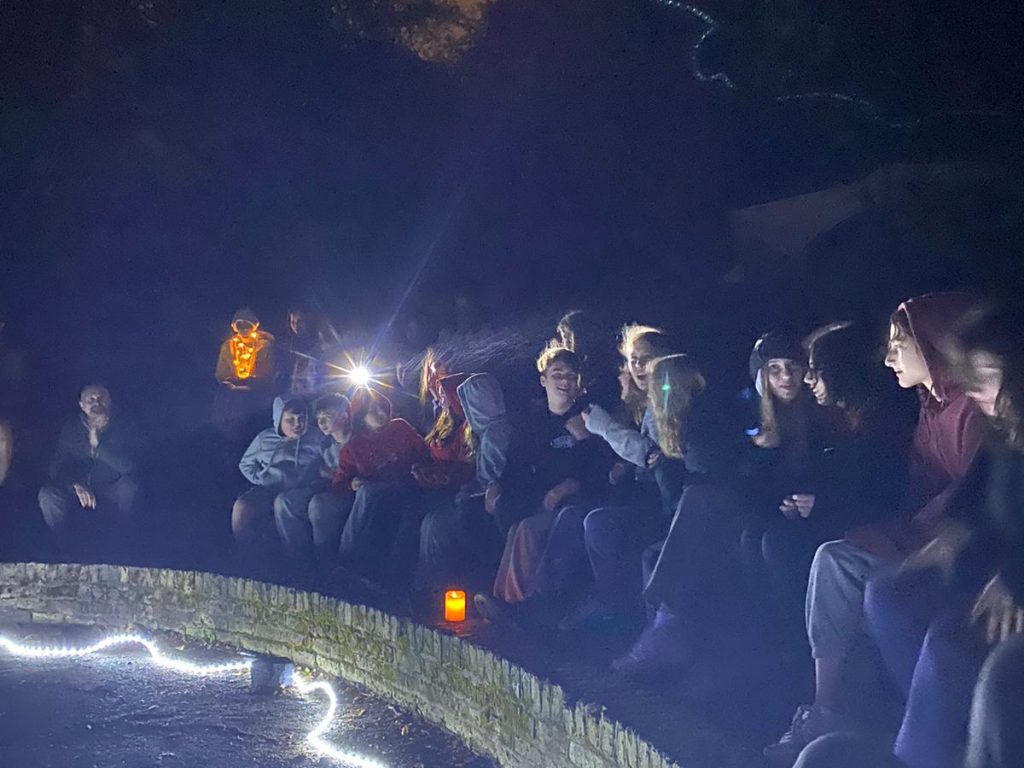 The Village has become a rite of passage for Y8 students. Normally taking place in the Summer term students live on site at the school for a week in huts they’ve built themselves. While Covid-19 took away that opportunity in June, the staff of KAS were determined that these students wouldn’t miss out completely. So as they started Y9, The Village was reimagined to be Covid-safe and (thanks to a lot of hard work by the staff) it went ahead in the third week of the Autumn Term. While the students weren’t able to camp on site, The Village delivered on all the things it’s designed to give to students; a sense of freedom, the chance to take charge of their own experience and to govern the community they created.

Students arrived on site at 8am each morning, cooked breakfast over the open fires at their day shelters, and spent the day choosing how to spend their time. The Bushcraft area run by the fabulous Meg and Mell of Kinda Education provided a place to sit and chat, learn whittling skills, make nettle tea or create nature-inspired artworks.

The mobile forge set up shop and was constantly busy with students learning skills including making their own axe heads to use later in the day for chopping firewood.

Judith Brocklehurst returned as our artist in residence, creating an enormous wicker sculpture with students which grew throughout the week mirroring the experience itself.

Martial arts, musical performances, crafting, playing and skill-sharing made for a week which was truly transformational even if they had to head home to their own beds at 9pm each evening.

Lily T “It’s been really good – we built our own shelters and it’s really cool making our own food and being a bit more independent. That’s what the Village gives you, a feeling of being more in control. We’re also more social because none of us are on our phones, we’re talking and playing games and doing activities like making friendship bracelets and stuff.” 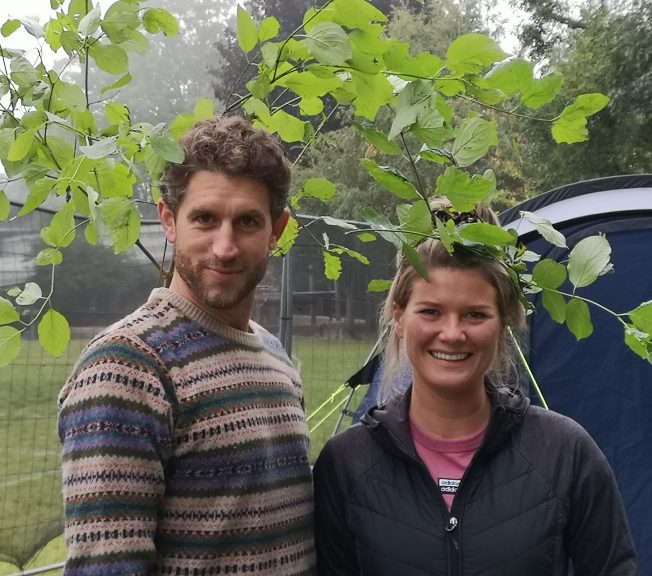 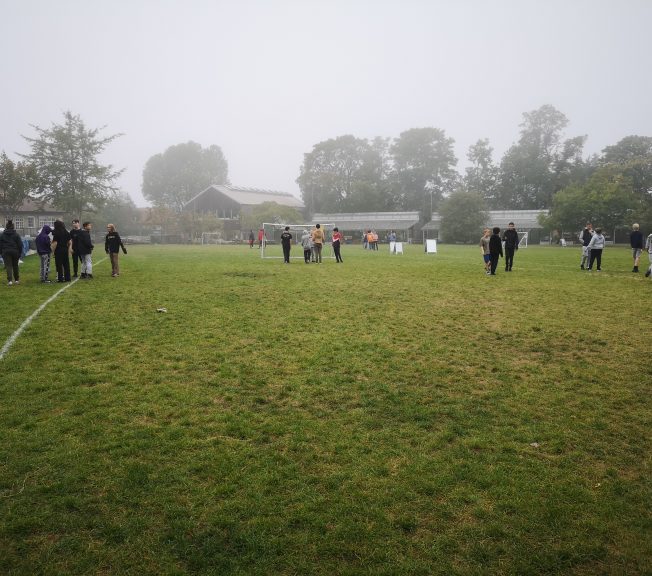 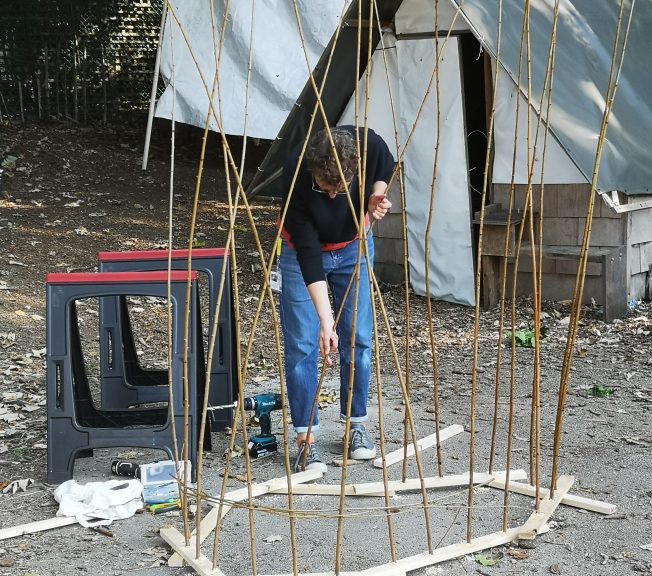 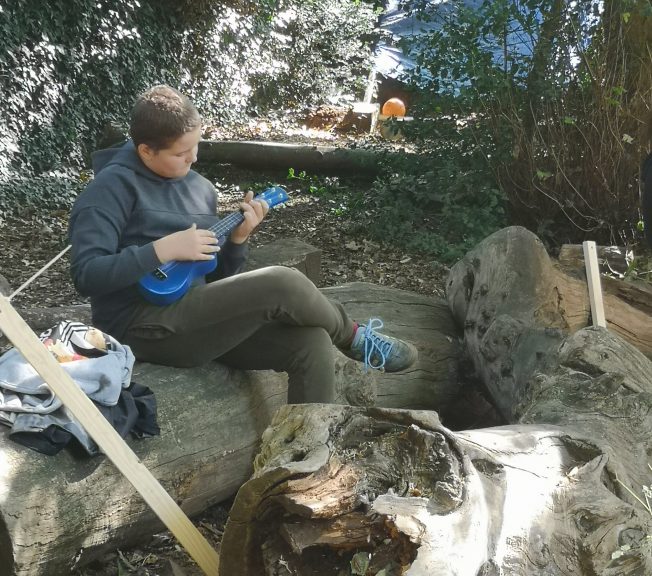 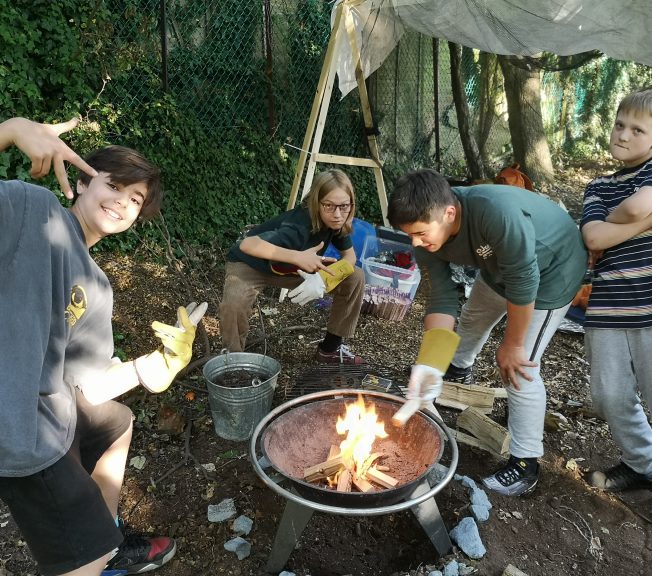 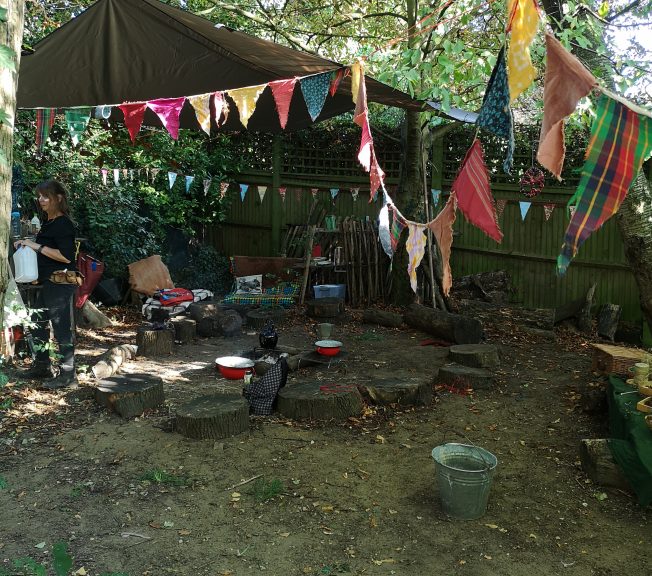 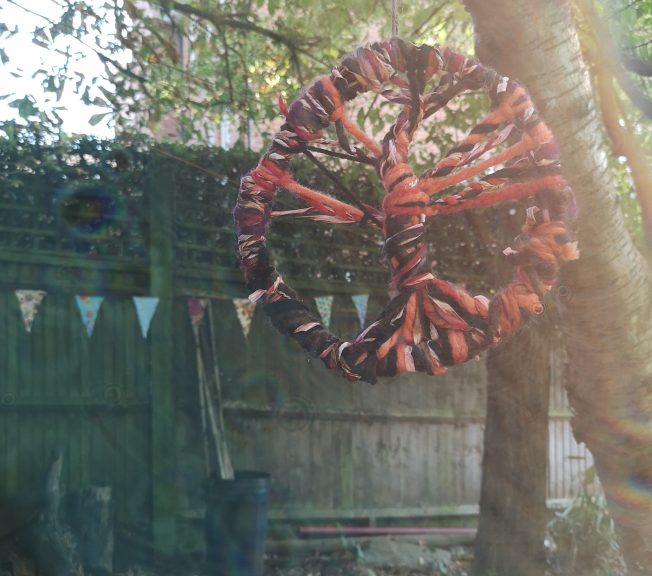 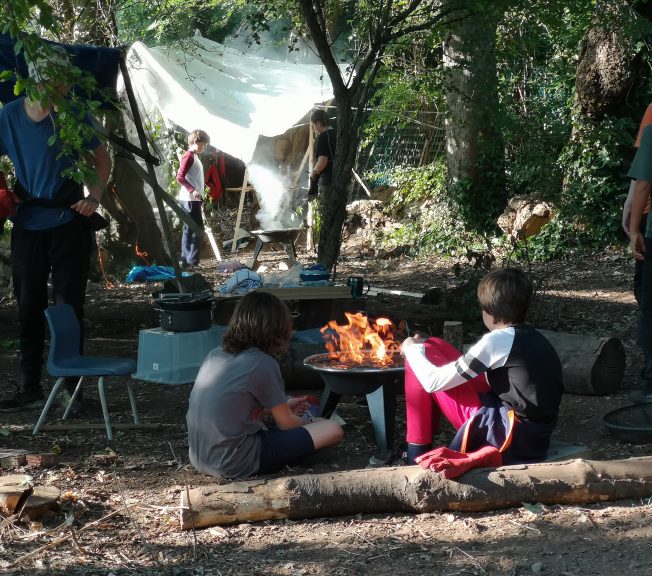 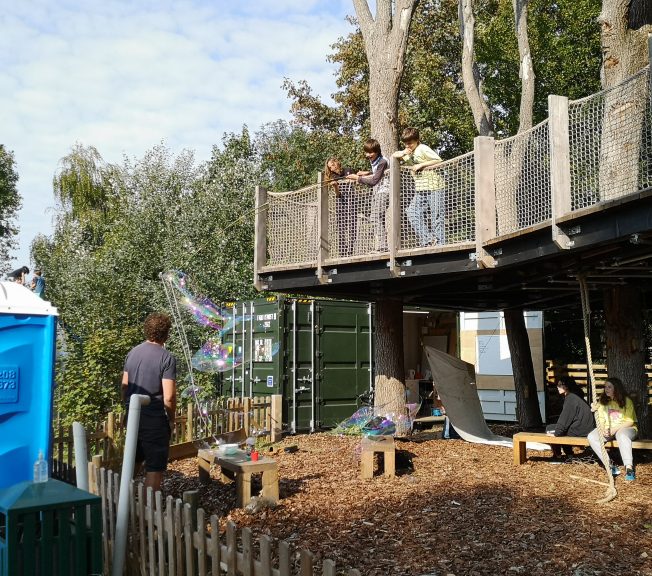 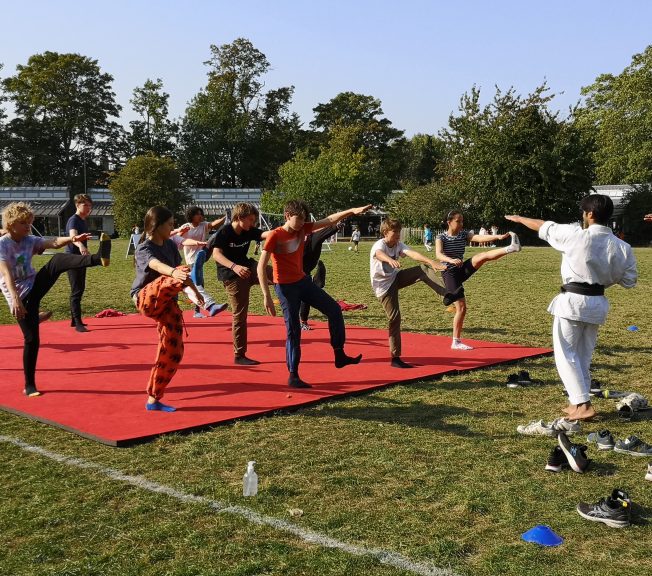 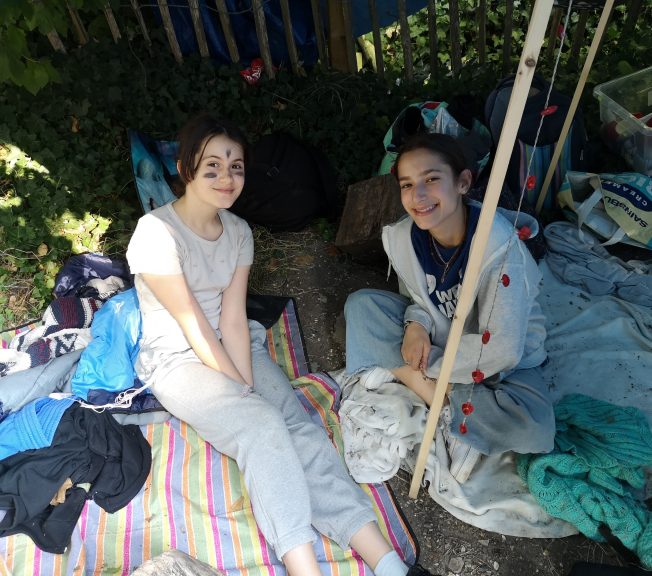 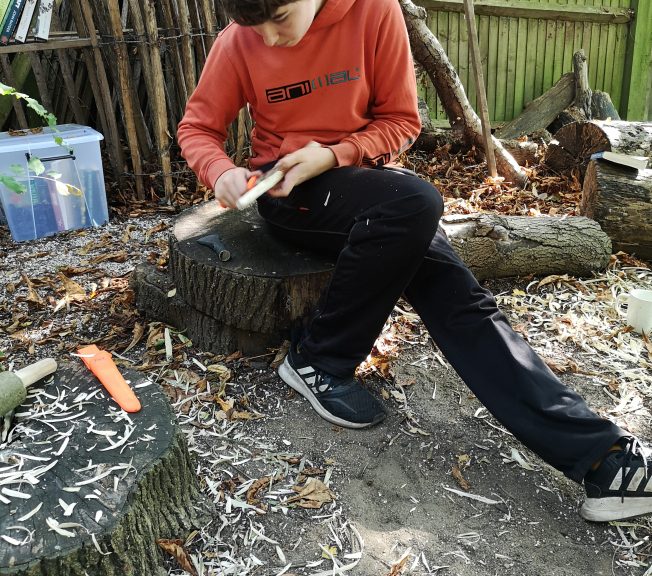 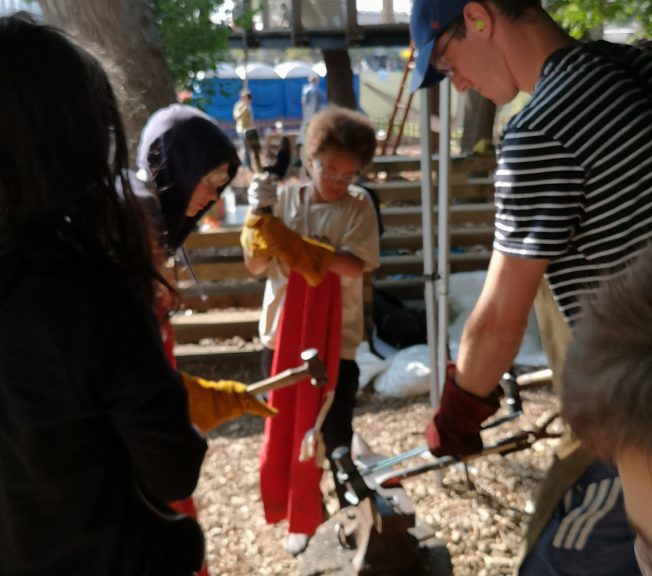 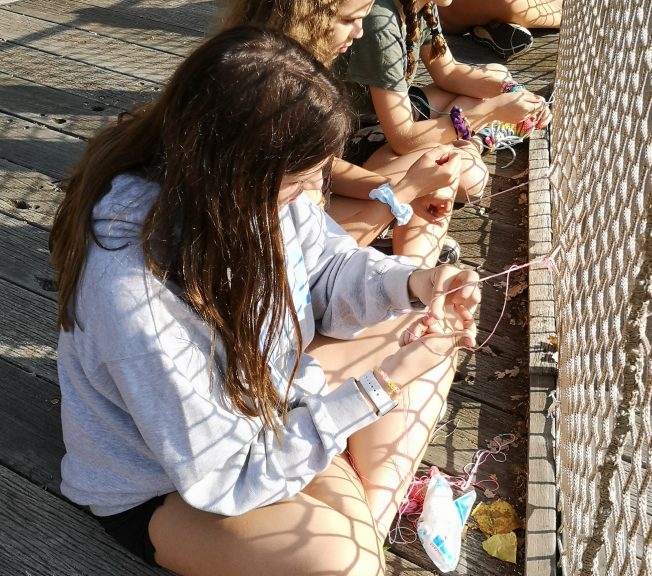 Alan – one of the leaders of The Village project this year, reflected on the experience:

“This year’s Village was a particularly special event. Lockdown may have postponed the week itself and amendments were made to make it as safe as possible but with everything going on, it was more important than ever to connect with the outside world, share skills and experiences and imagine a better way of living together. Although social distancing did not allow for any over-night stays, this year’s villagers started the day at 8am and stayed in the village until 9pm. They cooked over open fires and constructed shelters to live in throughout the week.

On Monday night, Neven, accompanied by Costas and Nick, played a magical concert by the campfire. Tuesday night, Lynne scared the living daylights out of everyone with a ghost story – although, this was maybe not as frightening as the one-pot cooking challenge the following night were Takako judged a particularly fine chilli con carne as the winning dish. This was followed by the evening’s entertainment; The Village Has Got Talent were a captivated audience watched Max eat grapes, Zen trying his best to juggle and Claire and Lynne throwing their grannies off a bus. There was lots of night time fun with the game formerly known as infected, and to round it all off, we had a Village BBQ and a huge game of dodge ball were the biggest villager of them all, DT Chris, was the last man standing.

There were more student-led activities this year, with lots of bracelet making, tie-dying, juggling and a very popular pizza oven. Al got everyone slacklining and our Artist in residence Judith Brocklehurst co-constructed a huge abstract sculpture using withies, which is now attached to the tree house.

The Bushcraft area continues to be a vital part of the Village experience, where Mell and Meg shared their bush-craft skills and took us on a guided meditation to discover our spirit animal; apparently I am a badger who identifies as a rabbit.

Nic, Dom and Isabella made the forge as popular as ever, with over 18 axes made throughout the week and for the first time in Village history, an axe head was forged in just two heats by Buster and Alessandro. Robert Lobatto was even seen swinging a hammer and is now an honorary member of the big-hitters club. Another Village first was our martial artists in residence, Josh and Mauricio who ran Japanese Jiu Jutsu workshops throughout the week.

The week was not without its challenges. After a couple of sunny days, we arrived on a wet Wednesday morning to find the main tarp had blown down in the storm, along with many of the shelters. Undeterred, the community came together and rebuilt their Village just in time for the next downpour. This display of resilience and collaboration was a true highlight and embodied what the Village Project is all about. Well done Villagers 2020!”