KAS students grabbing a piste of the action 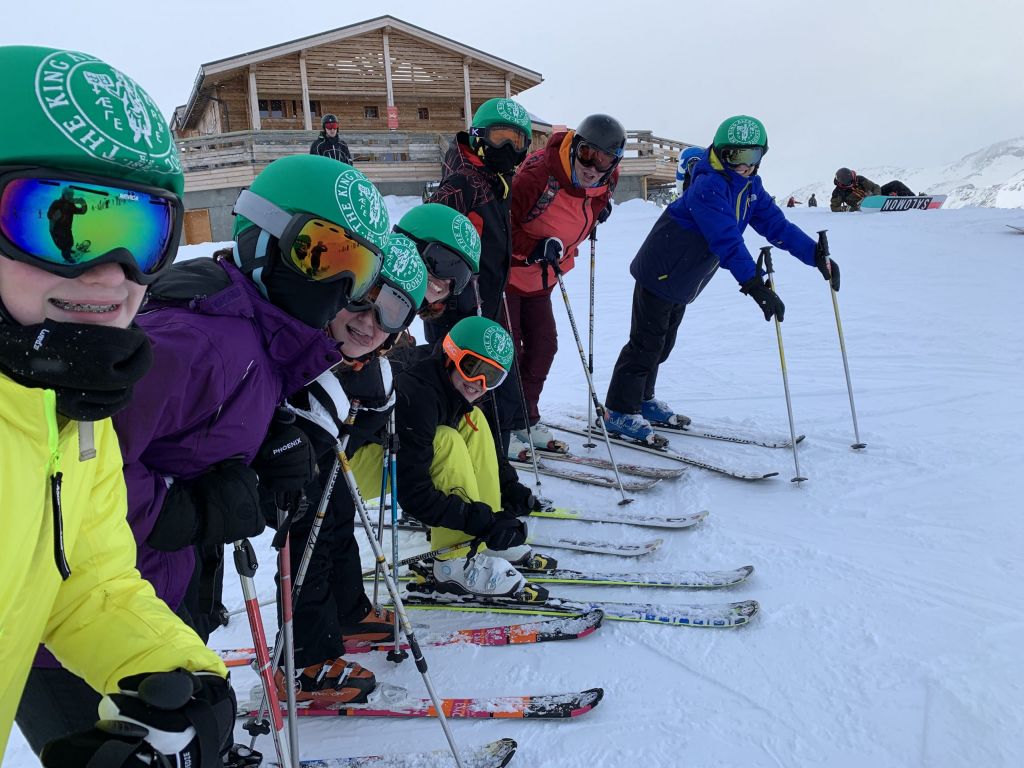 At 5am on the day after the Autumn Term finished, while most people were dreaming of a lie in, 24 students and four teachers from KAS gathered in the dark, ready to head to the Alps.

Despite a late coach, and a dash through departures, the group made it to the plane on time with the bright orange trip hoodies making it easy to keep everyone together!

Arriving in Tignes, along with a huge dump of snow, gave everyone shivers of excitement at the thought of the coming days on the slopes. After settling in, some snowball wars, getting lost on the way to our ski fitting and a big dinner, everyone went to bed early ready for an early start. 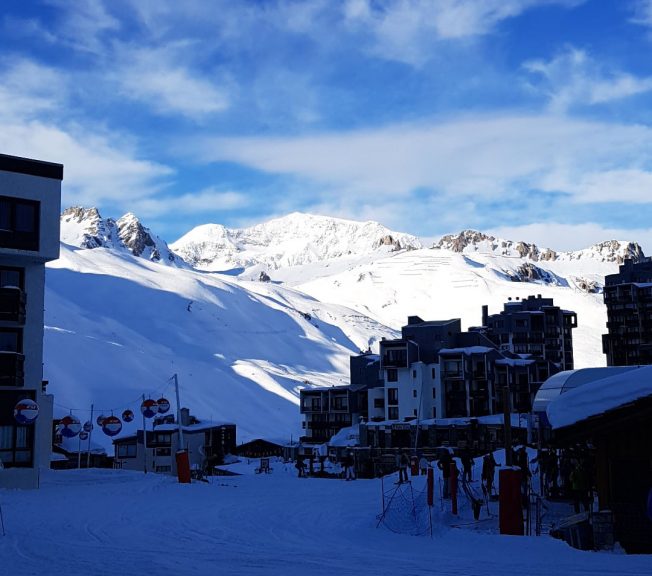 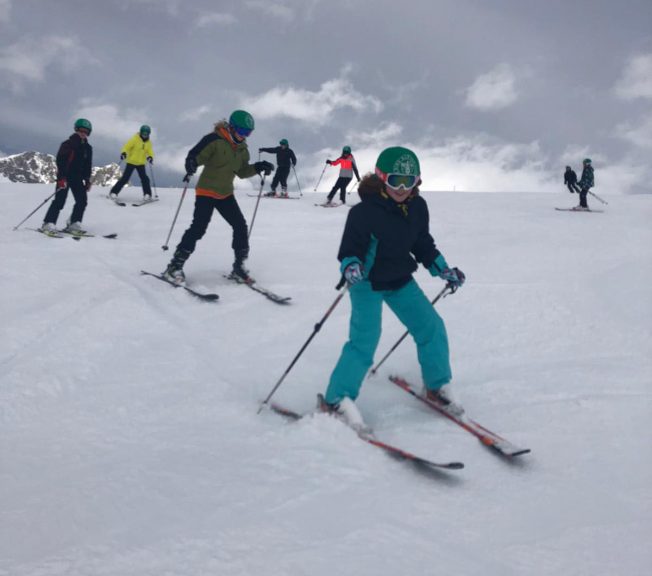 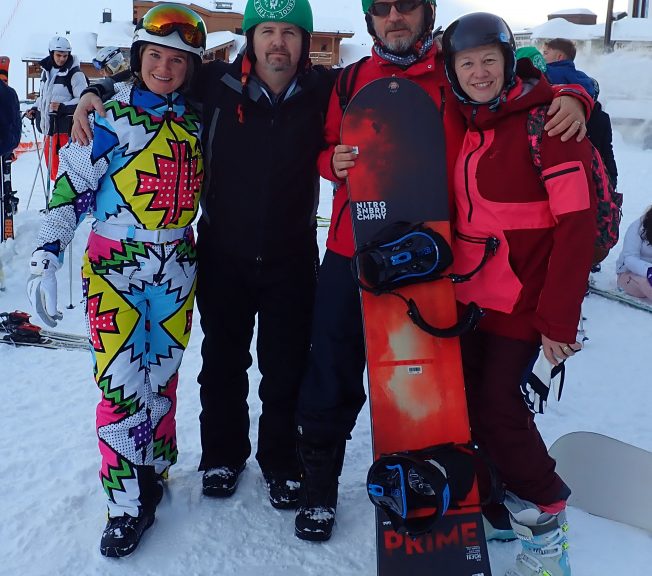 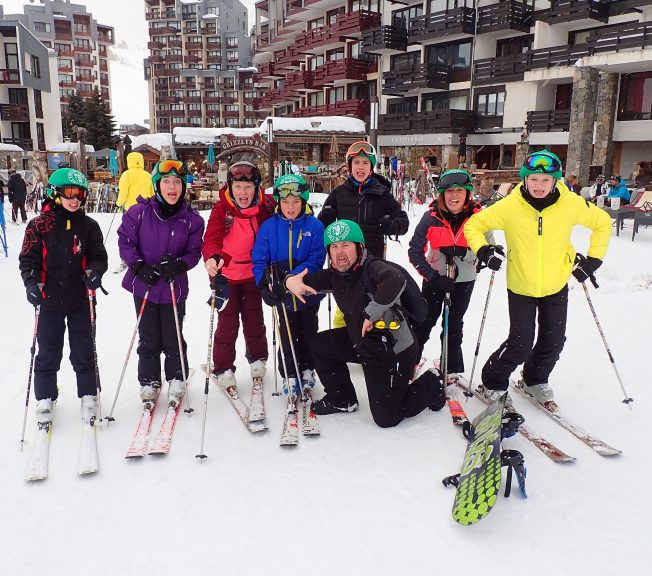 The snow conditions were perfect with lovely soft powder on beautifully groomed pistes. Students in the beginners group immediately took to the ‘magic carpet’ lift to learn the basics, while the intermediates and experts disappeared off with their instructors to explore the vast ski area. A fabulous fondue and Claire’s quiz rounded off the day. As this trip will be Edo’s last everyone enjoyed the ’10 things you didn’t know about Edo’ round and competition was fierce.

As the week went on, confidence was growing and the groups were all pushing themselves. On Tuesday afternoon Claire and Jeff joined the beginners group for a ride up the amazing funicular which runs underground through the mountain. What should have been a simple run down a beginners blue run took a turn for the dramatic when the instructor discovered the blue run was closed and had to head for a more difficult red run. Claire ended up leading the group while the instructor helped the more nervous skiiers, Jeff brought up the rear picking up dropped poles and shouting encouragement. Jeff said: “It was lovely to see the students encouraging each other and they were brimming with confidence and a huge sense of achievement when they made it safely down.”

Later in the week the intermediate and advanced groups took to the snow-park and practiced their jumping skills in between taking in some tricky runs at terrifying-to-watch speeds! The smiles on their faces at the end of each day were testament to the fun being had. 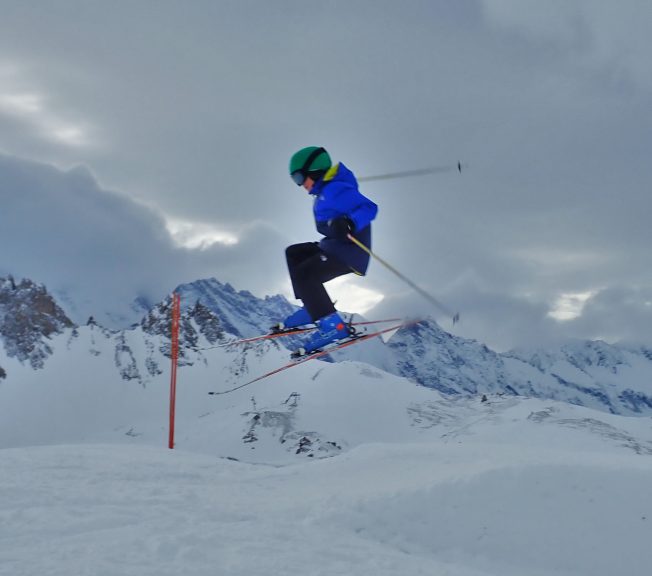 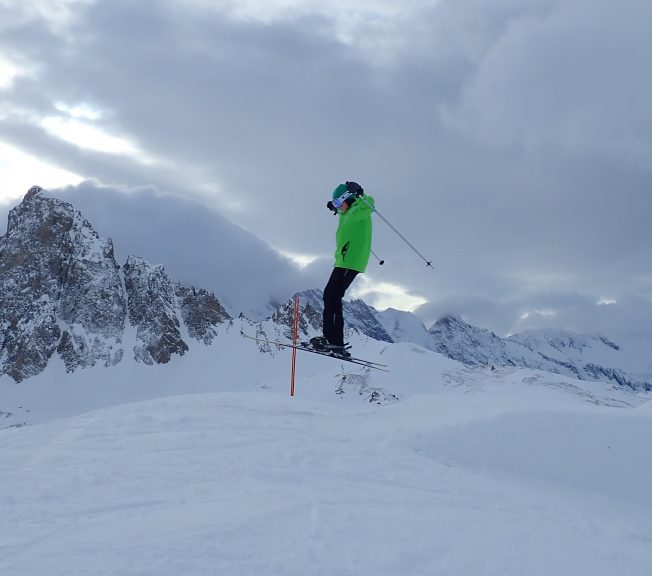 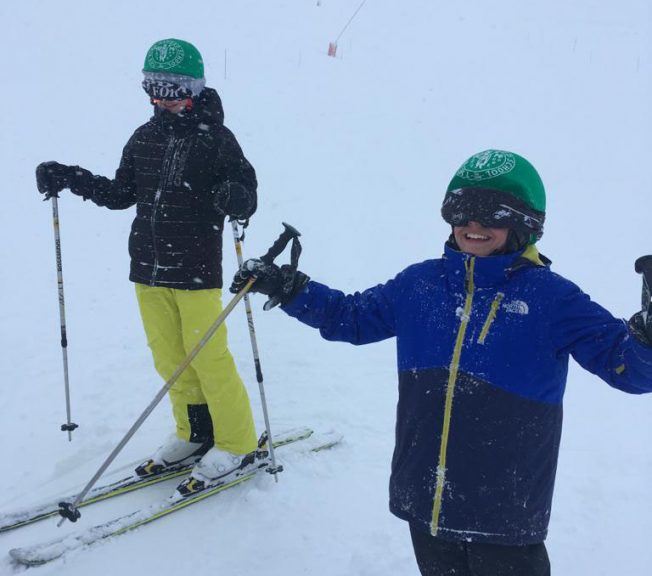 Despite being a long way from KAS, the distinctive green helmet-covers meant we were spotted by some Old Alfredians who came up to say hello.

Evening activities included squeal-inducing snow-tubing where everyone piled into huge rubber rings to sledge down a custom built slope. Starting off with solo runs to get the hang of it, students and staff were soon making trains of four or five rings and filming screaming selfies on the way down. On other evenings students watched a ski and snowboard trick competition, took part in a staff v students snowball fight and took a trip to the sports centre for trampolining and five-a-side football. Jeff claims that Edo’s victory in the football was heavily against the run of play, only those who were there know the truth.

The last day saw another huge dump of snow, which meant that conditions weren’t great on the mountain. Not to be deterred, the instructors had the students practicing blind-skiing as visibility was so poor!

The ski school instructors came to the hotel to hand out certificates on the final night of the trip with some students gaining the highest possible grades. Awards were also given out for room inspections and other memorable trip-moments.

Trip organiser Jeff said: “We had a great group of students which made for a wonderful trip. They all pushed themselves out of their comfort zones, tackled everything from the egg boiling machine at breakfast to the difficult runs with good humour and enjoyed every moment.”

Ali, Y13 said: “It was a fun trip. We had such great snow and the resort was amazing so the skiing was really good. In the evenings my favourite activity was snow-tubing, I didn’t have high hopes for it, but it was epic! We had great weather in beautiful mountains, I was sad to leave, but I’ll be back.” 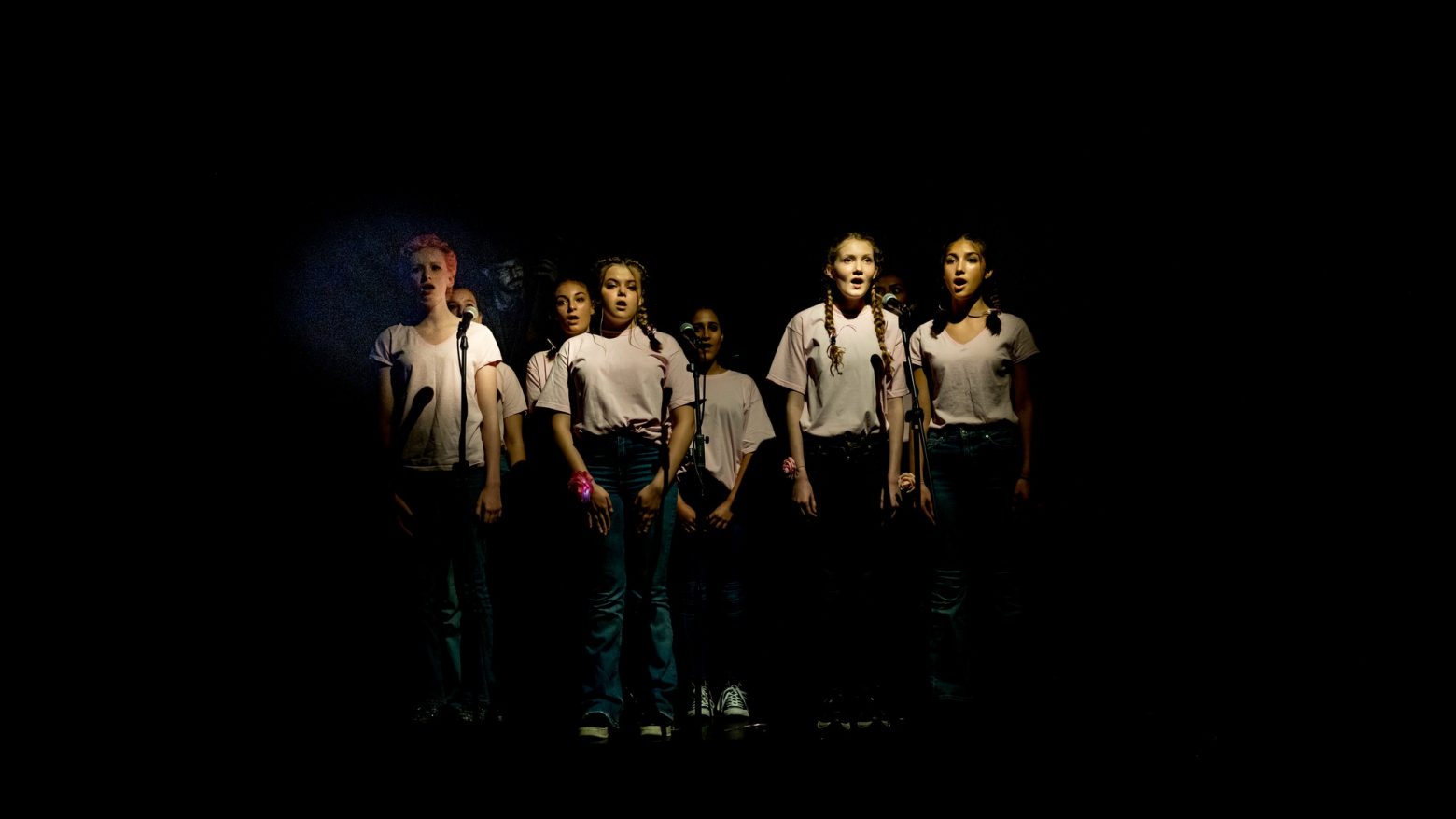 All the latest from The King Alfred School
Read now