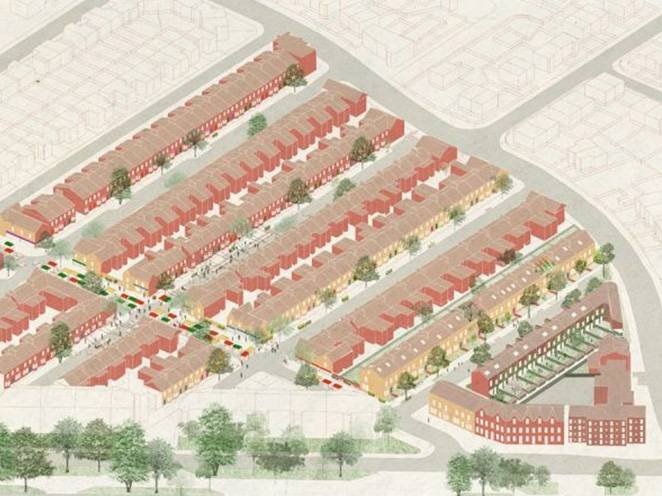 The King Alfred School was proud to see Old Alfredian Anthony Meacock in the news as one of the winners of the 2015 Turner Prize.

Anthony is a founding member of Assemble, a collective of artists, designers and architects who won this year’s prestigious Turner Prize. Created six years ago, Assemble is a London-based group that “designs, creates and builds art that is ambitious, socially engaging and politically relevant with a purpose.”

The group took on a regeneration scheme in Liverpool, comprising of a terrace of 10 derelict houses destined for demolition. The local residents of Granby Four Streets were directly involved in the transformation of their neighbourhood. They were employed to make imaginative designs for the interior e.g. hand decorated tiles, ceramic door handles fired in barbecues, mantelpieces using rubble and construction waste. These residents were alongside Assemble when they received the 31st Turner Prize at the Tramway arts venue in Glasgow.

As a KAS student, Anthony studied in our innovative Design Technology Department. The DT Department at King Alfred School benefits from a custom built eco-building which contains the latest technologies including a bespoke computer suite, workshops and a blacksmiths forge employing two blacksmiths.

Stephen De Brett, former Head of Department of Design Technology at KAS, remembers Anthony being “an outstanding student with a highly developed sense of design and aesthetics. His work was always ambitious, beautifully made and way beyond the standard demanded by the exam board. We gave him a lot of freedom to explore his own design interests. The emphasis of the department is to teach the traditional skills of craftsmanship alongside the latest technologies and materials, combined with developing a deep understanding of the design process. Our students learn how to use hand tools, machinery and technology (computer aided design, 3D printing and laser cutting) from a young age, they also work with a wide range of materials. Our overriding aim is to produce well rounded socially responsible designers.”

Robert Lobatto, Head of King Alfred School, said ”we congratulate Anthony on his fantastic award. He is part of a rich tradition of students who have taken the skills they learned at King Alfred’s, and developed these to excel in their chosen fields. We are looking forward to him visiting, and inspiring our current generation.”

Congratulations from The King Alfred School to Anthony on this outstanding achievement.